This little river is the prairie to me. Winding ribbon of grey-green water – it is quiet now. Read the land and learn a different story: the mud is churned because bison thundered through.

Like everything in the prairies, the Frenchman pretends to be subtle when it is not. This small vein is the remnant of a monstrous torrent, one of many prairie rivers fed and bloated by the dying Laurentide icesheet – the icecap that covered most of Canada. Today, the ice has gone and the river has shrunk, little channel in a giant valley carved by its riotous past.

But it remains a wild, surprising place, sweetened by the wind and half-burying its secrets. Never underestimate the drama of the Frenchman River. I spent eight extraordinary weeks here in 2012, running its first ever trail camera project. And to be sure, this is the land of powerful things.

Bison have a history too. While I was completing my fieldwork, the river uncovered the bones of what was probably a Bison antiquus, a 10,000 year old predecessor of the modern plains bison. And of course, as everyone knows, the plains bison itself nearly vanished in our era, but Grasslands National Park has brought them back.

And now I’m back too, watching them breathe under that sprawling, fitful sky.

And listening to prairie dogs yip. 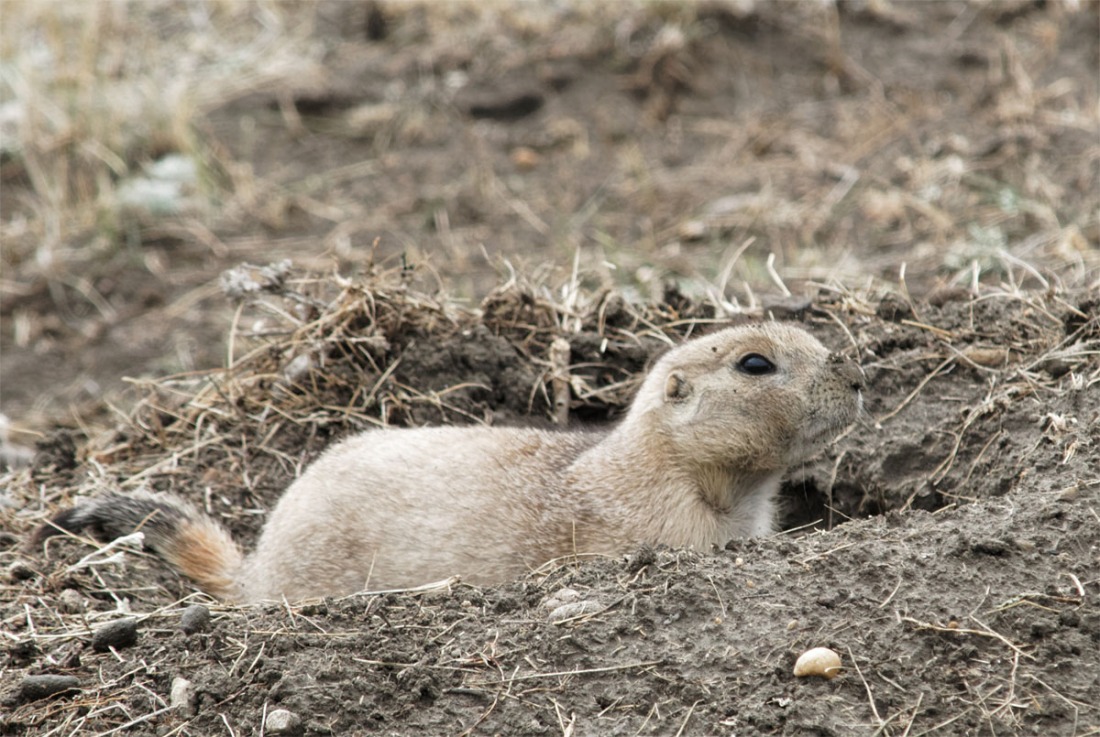 Grasslands National Park is the only place in Canada where these hyper-social ground squirrels still survive. They are a symbol of prairie holding itself together, of an ecosystem relatively intact. Everything here knows the dogs: some species hunt them, some live in their burrows, some simply benefit from their cropped-grass grazing regime.

I’ve been absent six years. It’s not much in the lifespan of a place like this.