I’m a rough dog, a tough dog, hunting on my own!

I love to sit and bay the moon and keep fat souls from sleep.

Not for me the other dogs, running by my side,

Some have run a short while, but none of them would bide.

Wide wind and wild stars and the hunger of the quest.

Coyote, spirit of the prairies. What it is to hear them sing! 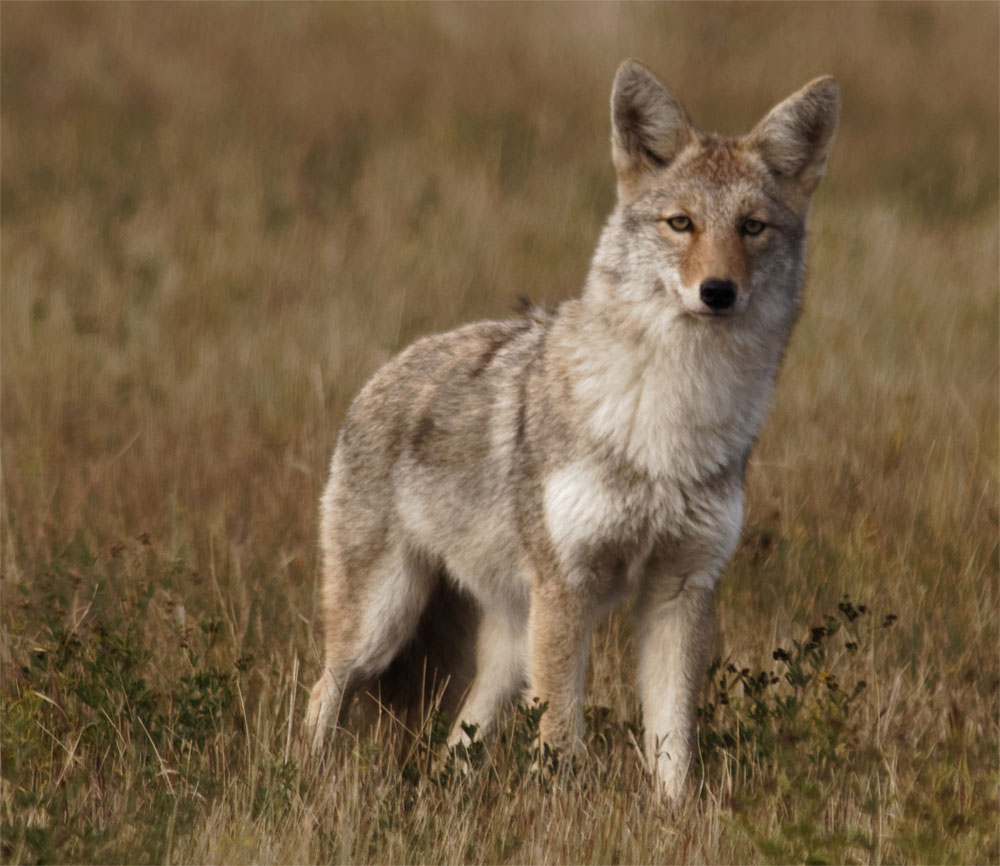 We live in a strange era where the grey wolf is saluted for its ecological importance, and its coyote cousin is often criticised for having the gall not to become endangered. Not a fair judgement. Science has shown that coyotes, too, are keystone predators who have widespread and fascinating influences on the rest of the natural web.

As for wildlife watching value – well, who could ask for more? Coyotes greeting on wild prairie, ruffled by the wind, shadowed by a passing golden eagle.

North America has rewritten the book on wolf genetics, and there will probably be more surprises in the future. Current understanding is that the coyote, red wolf and eastern wolf are all close relatives and ancient North American natives. The grey or timber wolf is a relatively recent arrival from eastern Russia. It would have entered North America through the lost land bridge of Beringia, arriving in what is now Alaska.

It is strange that the coyote did not return the favour and migrate into the old world. We have an ecological equivalent – the golden jackal – but no coyote.

But it’s no hardship to travel to this beautiful land to hear them sing.