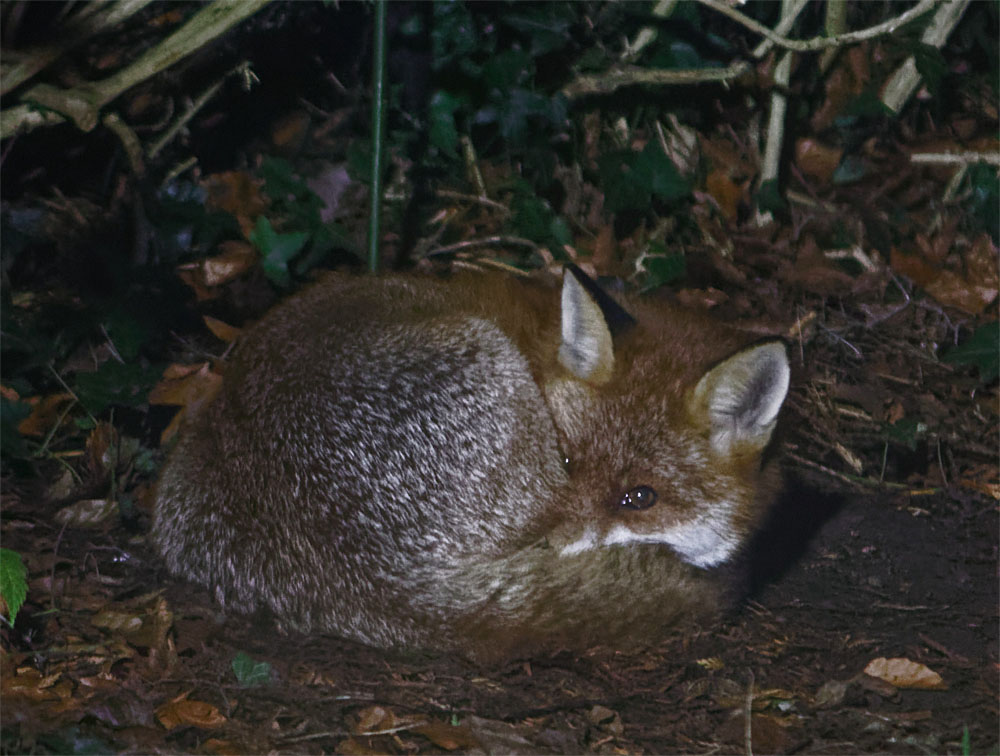 My original blog on the much-missed Opera Community was called ‘The Sitting Fox’ in honour of a vulpine cliché: when watching something that they’re not sure about, they sit down.

But outright relaxation is not unknown. This vixen from the Across the Road Group dozed peacefully in the garden last week while her mate and a low-ranking male raged in mock battle – biting the hedgerow, half-chasing, talking with their tails like cats.

It didn’t turn violent. The younger male even turned his back on his rival between their squabbles.

The vixen hardly batted an eye. We’re coming towards the end of the breeding season, and she is almost certainly pregnant by now. Her mate is the Dun Male, here on the right. Apologies for the quality of this picture; it’s a still off the movie camera.

The Across the Road Group. Of all the fox groups in my village, they’re the ones whom I know the best. Six years of drama, and no sign of slowing. So many unforgettable characters have lived in this group: the original Vixen from Across the Road, who raised her cubs despite losing half her territory to builders; the White Socks Vixen, tiny, nervous and unquenchable; the Cavalier Cub, White Socks’ son, whose domineering, bombastic personality disrupted the fox territory network in multiple streets.

Let’s hope these two have some cubs and we can see what chapter comes next.