And some bonus mammals. But to start, here is today’s flower: lesser celandine, the hopeful splash of sunshine on our puddle-strewn roads. Or, as William Wordsworth put it: telling tales about the sun, when we’ve little warmth, or none. 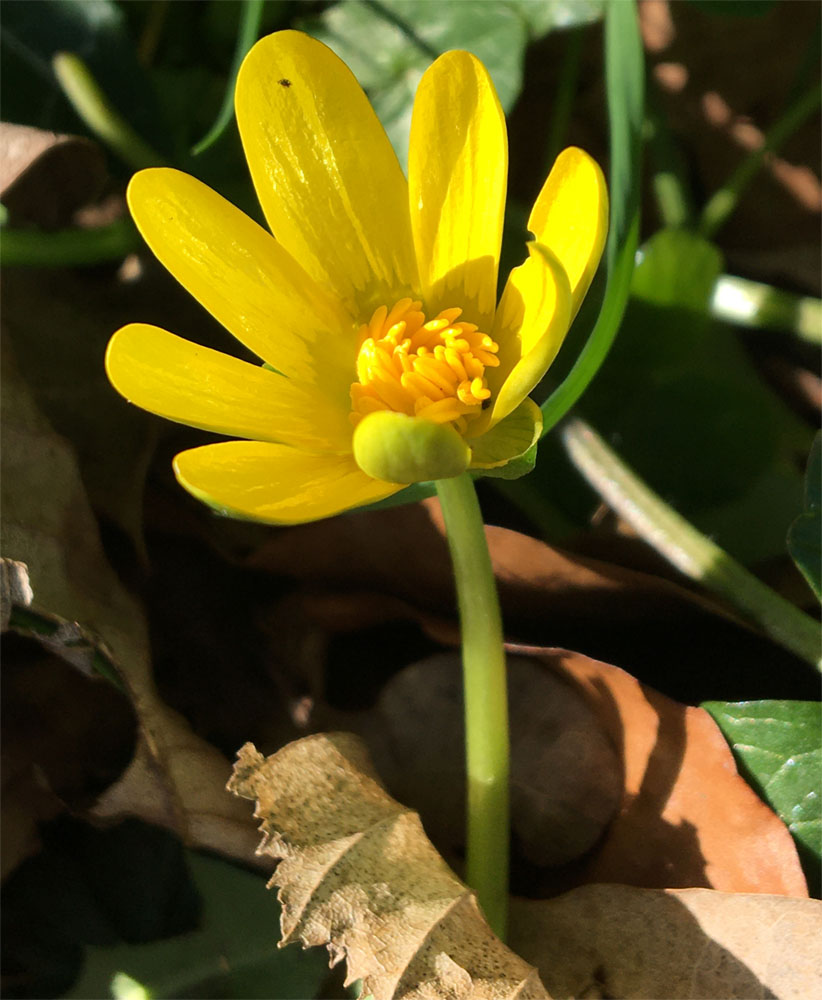 This has been a long, wet winter. But as Facebook readers will know, things have become rather exciting in the garden. The foxes have a neighbour! 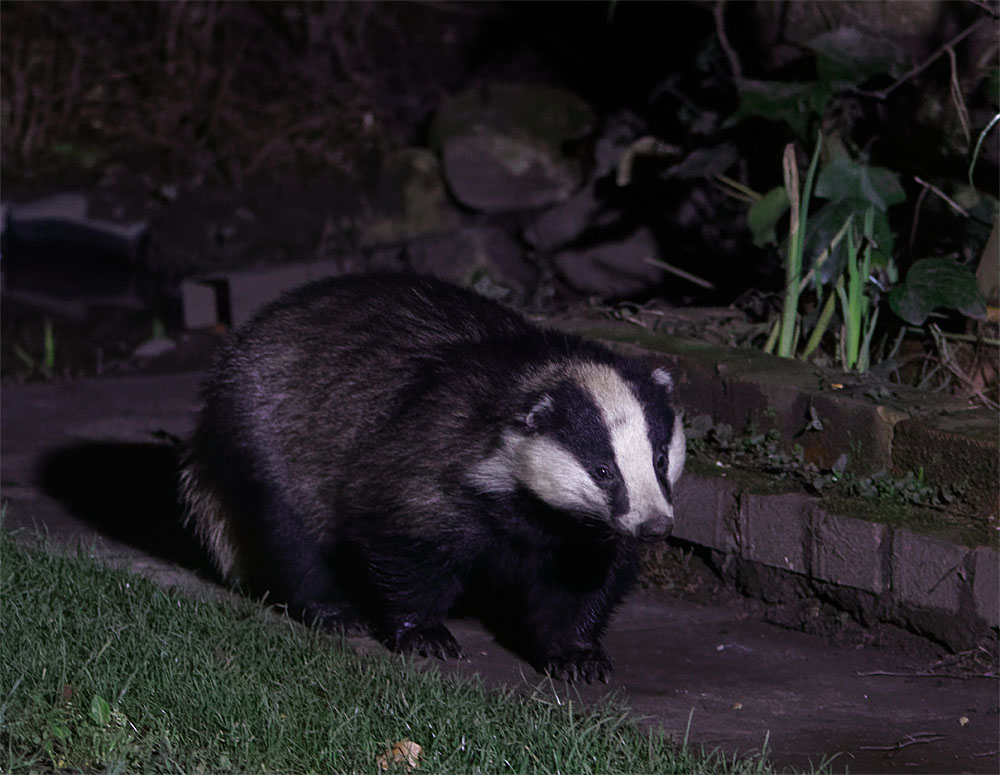 A badger – the first one documented in the garden in forty years! While badgers do not disperse from their families as readily as foxes, they will do so under some circumstances. He has a healing bite scar on his rump, evidence of a family squabble no doubt.

As for the foxes, their breeding season has ended and cubs will be born very soon. Here’s one expectant mother whom I did not expect to see again: ‘Pretty Face’, the grand old lady of the garden. Not only did she stun me with a sudden reappearance after a six month absence, but she is heavily pregnant. 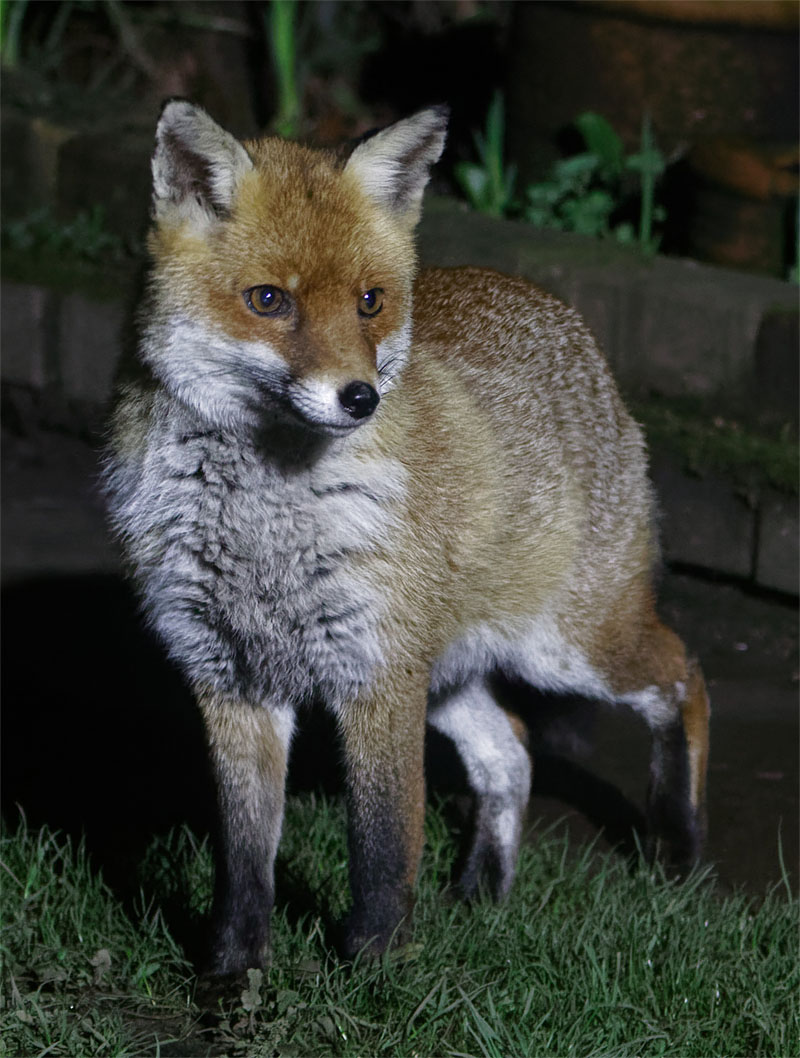 She is very small, but she is a survivor, and she is strong. The younger foxes who have moved into the garden in her absence are rapidly learning that she expects to be in charge.

I hope that her cubs inherit her irrepressible spirit.