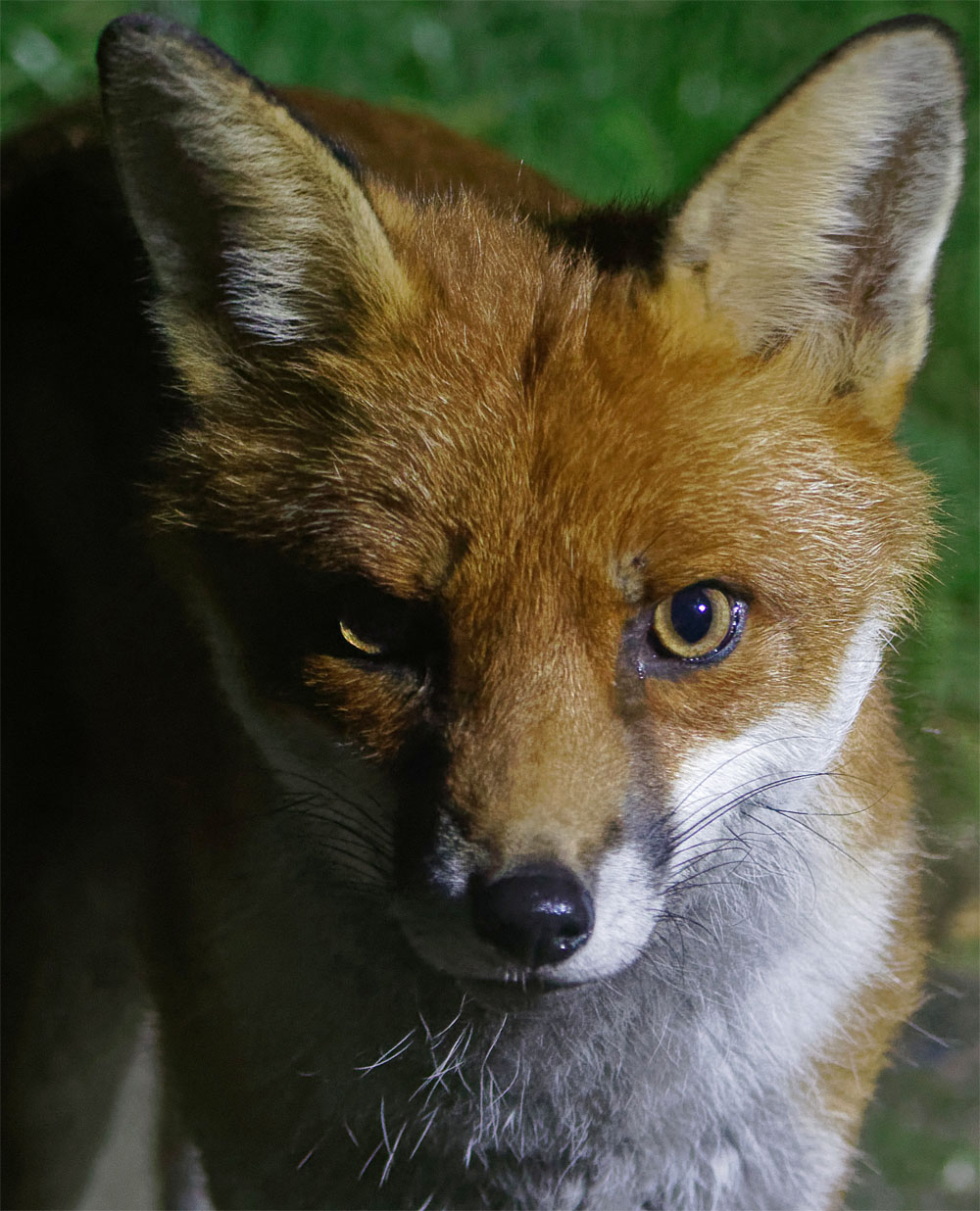 Judging books by their covers, or something like that. They say that eyes are windows into the soul, and there’s a jolt in the raw intensity of a fox. But this one’s apparent mood is misleading; he has diluted pupils due to low light levels, not because he feels as sharp as a cat that has spied its favourite ball.

The fox physique is often misunderstood. Trotting across a road, they seem much bigger than their 14in high selves. And what about their fur? We are taught the fox uniform from childhood: fluffy, sleek, maybe dusted with snow.

Not at the moment, that’s for certain. The male fox with his intense eyes is sporting the almost skin-tight fur of late summer, although the weather is cooling fast and his sleekness will soon abandon him.

The adaptability of foxes is a multidimensional marvel. Not only can they live from the Arctic circle to Saudi Arabia, and eat everything from earthworms to hackberries to wolf-killed deer, they also react to the seasons in a way that our lives in climate-controlled houses find alien. True, our outdoor clothing thickens as the year grows old, but generally we change our whole outfits at once, not from the toes upward. 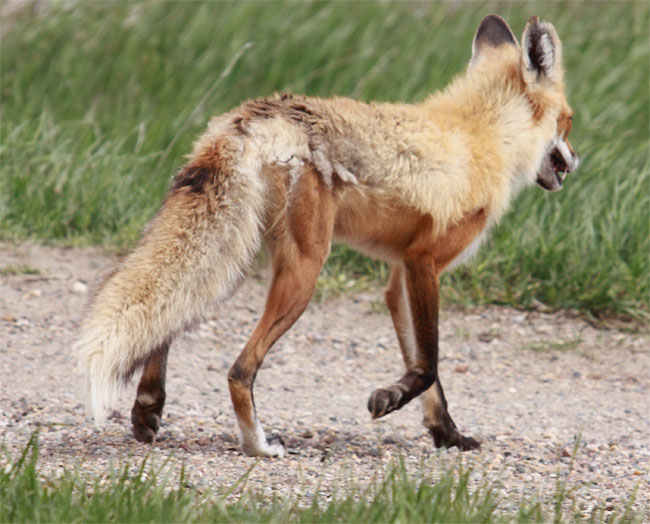 The Canadian province of Saskatchewan has some of the most extreme seasons on Earth, and this fox – who I met some years ago – has to cope with anything between -50c and +45c. In England, their moults are a little less ragged, but it is still not uncommon for a fox losing its winter coat to be incorrectly suspected of having mange.

Conversely, these perfectly healthy foxes in Croatia (where I worked in 2017) look skinny because the unbearable heat of Dalmatia denies them a thick coat.

For every season, there is a fox, and it wears its own fashion.