Cancelled. My train, that is. Approximately two minutes before it is due. Not uncommon for this particular rail franchise and commuters mutter on the platform, wonder why they aren’t working from home, and replay time-worn mental maps of the network to plot alternative routes. Well, except for this would-be passenger. 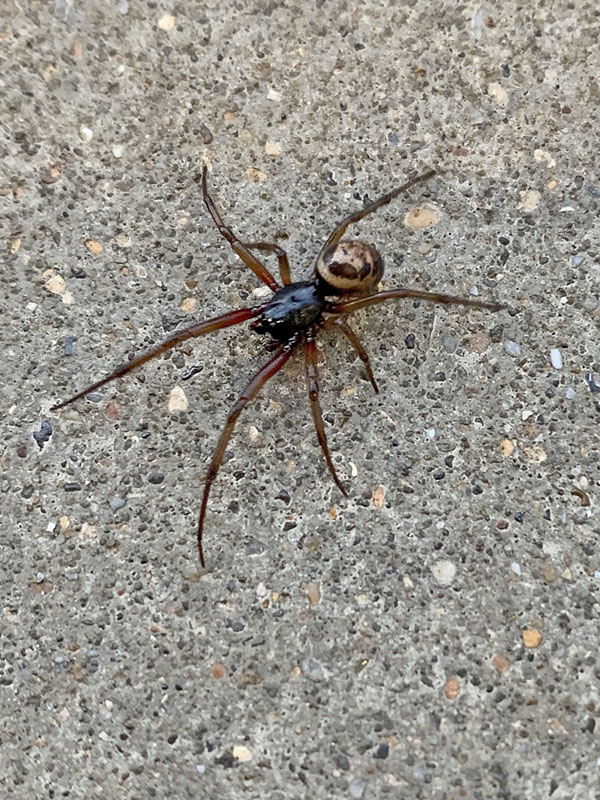 A male false widow spider Steatoda nobilis, perhaps fallen off an earlier train, now on the platform where the service to Gatwick was supposed to arrive. I don’t think anyone’s noticed except me – which is just as well considering this species’ garish presentation in the press. All those headlines caused by this? Guilt by mistaken association; false widow evokes black widow. False widows can bite, but serious reactions are rare and they’re not really out to get us.

They came with bananas from the Canary Islands in the 1870s. Hitching a ride in food is common – I’ve found Caribbean woodlice in Tesco banana bags, and sometimes the genuinely dangerous Brazilian wandering spider also makes the journey. Coronavirus has shown how quickly humanity can transport viruses around the globe, but we are a passenger service for many, many other things, not always to our benefit or theirs.

False widows are really an urban species. Out in the wild, spiders have a different drama: dew and light. 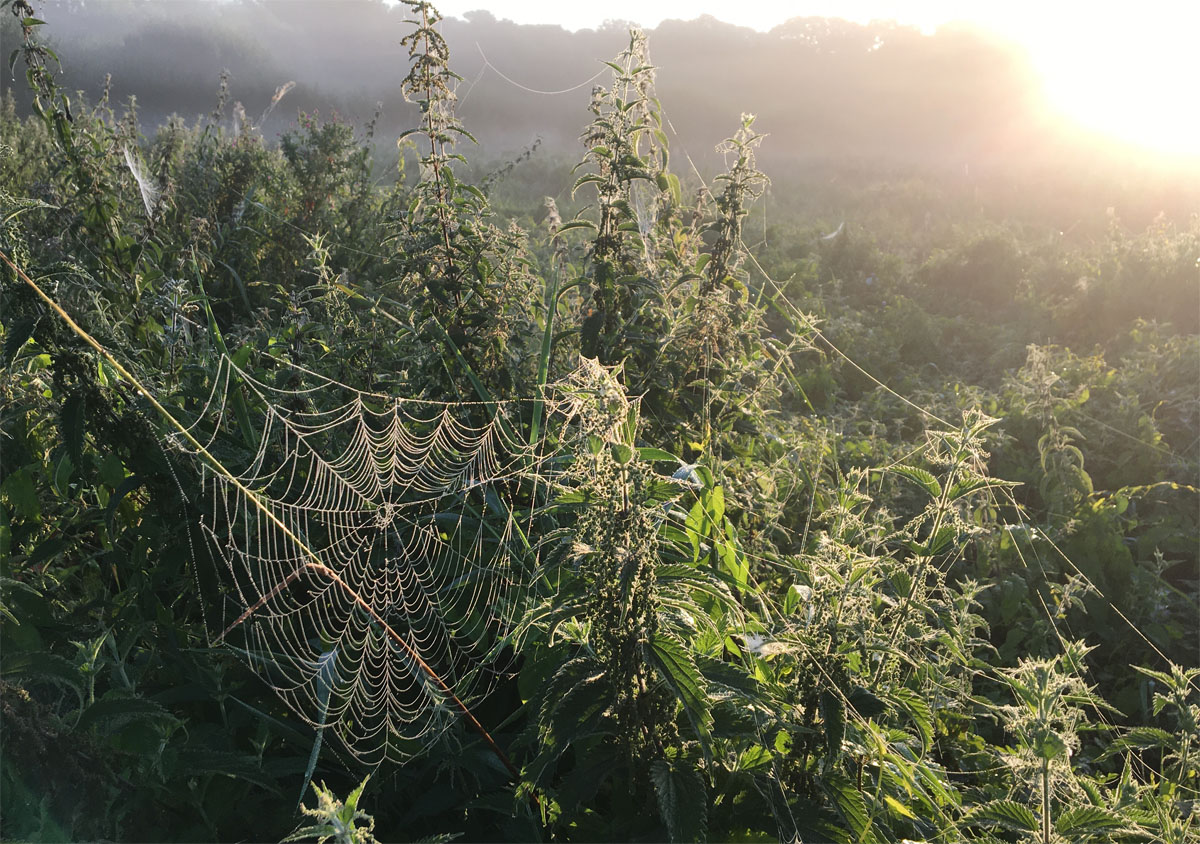 And watch as the madness of summer is smoothed out by the first autumnal mists. 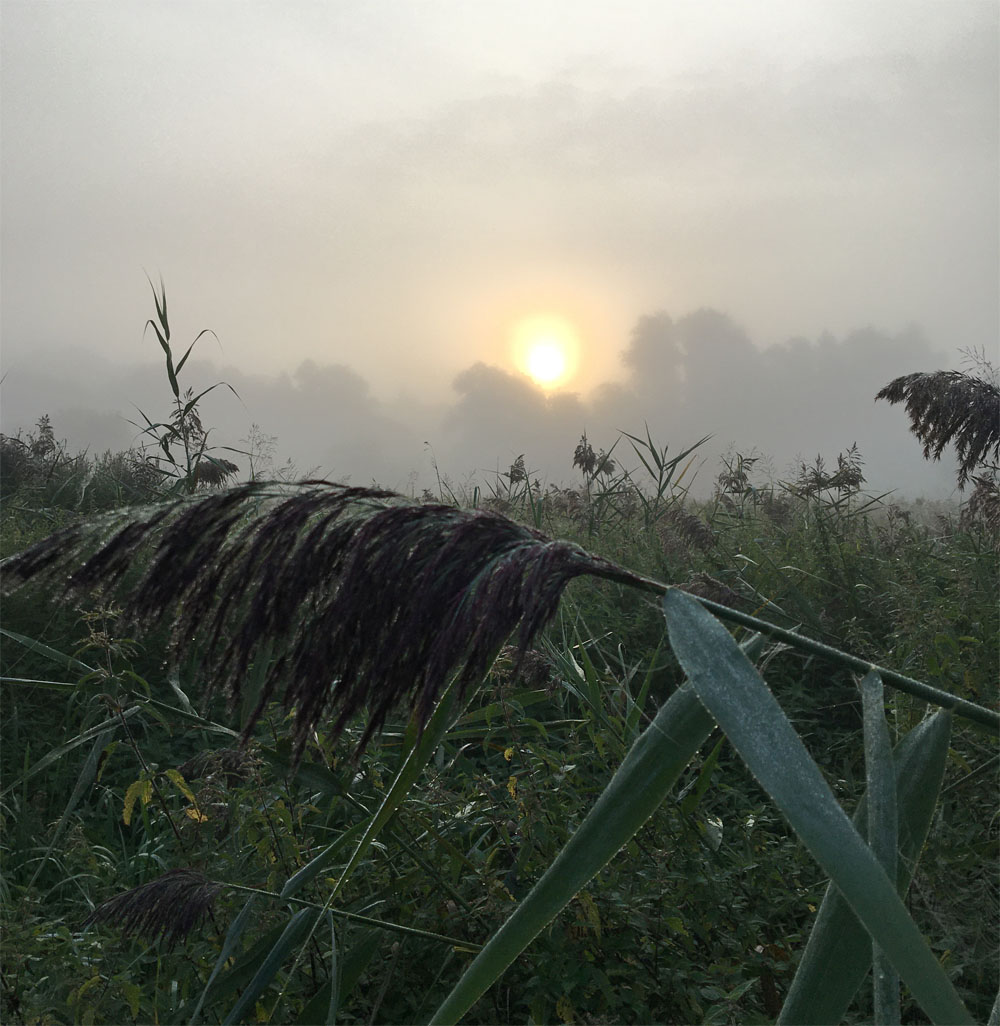