Cold: the frost is as thick as grease. Windows feathered into impossible patterns. Soil like iron. As the winter stars slide into the west, a red eye blinks.

The Earth is unique in the solar system for having such a moon of such proportions. Others are bigger, like Jupiter’s Ganymede, but their parent planet dwarfs them. Not our moon, which is about a quarter the diameter of the Earth. Cold, airless and silent, it circles us, amazing us, and just occasionally falling into Earth’s shadow. We had a full lunar eclipse last night, and it was well worth a very early vigil with the camera.

Luna chased the stars into the west, and left us; daylight began with frozen fog. By afternoon, it had burned through, and roe deer were wandering. 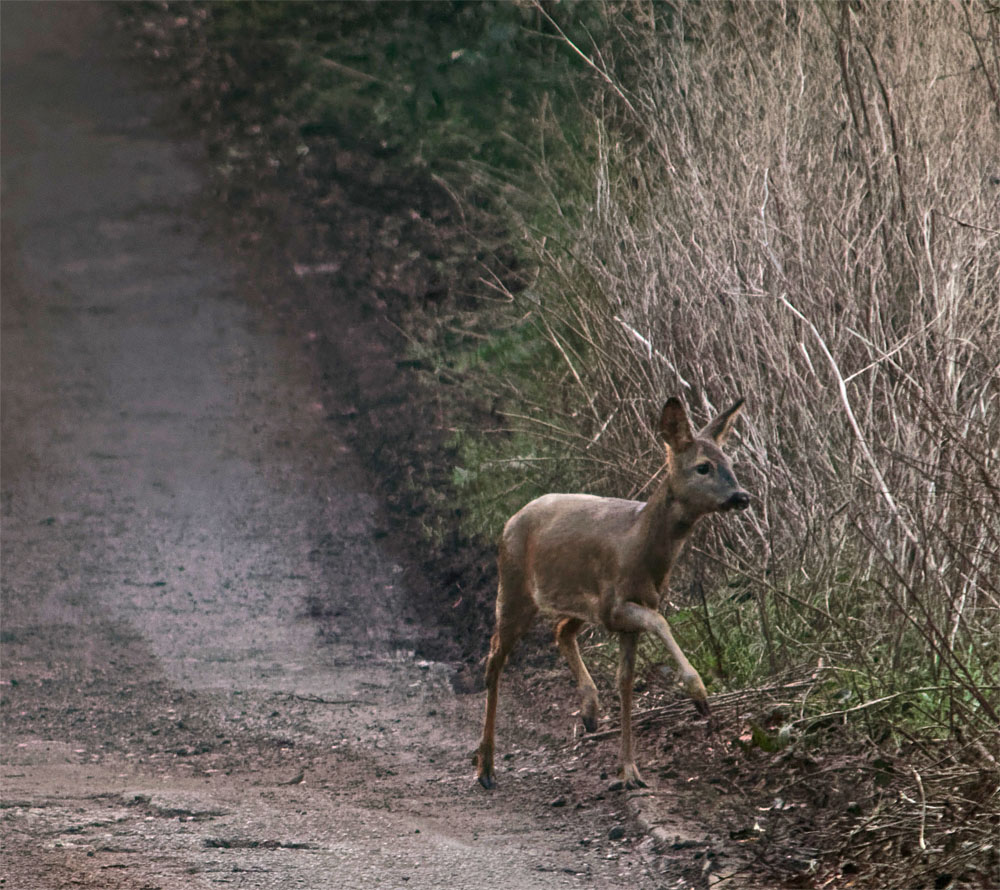 This is the only deer species that is frequently encountered in my part of England, and much less social than its bigger relatives.

I saw the male fox from the ‘courting couple’ of the sheep pasture, but he was in a rush and there was little chance for a photo. Slightly more of a view yesterday, when he trotted through the mist.

I haven’t seen the vixen, but no doubt she’s around.

I wonder if they saw Luna last night.