What would they say to us and our hasty lives?

No one knows how old the yews of Kingley Vale National Nature Reserve might be. Local legend says that they were planted after a battle with the Vikings in the 9th century; other estimates vary from 500 years to 2,000. In country where most ancient yews haunt churchyards as solitary wardens, in a continent where the 15th century craze for longbows drove a insatiable demand for yew-wood, a grove like this is exceptional.

Age adds to the atmosphere of tangled boughs and trunks that bulge and burst into impossible shapes, like a clay pot being worked on a very slow wheel. 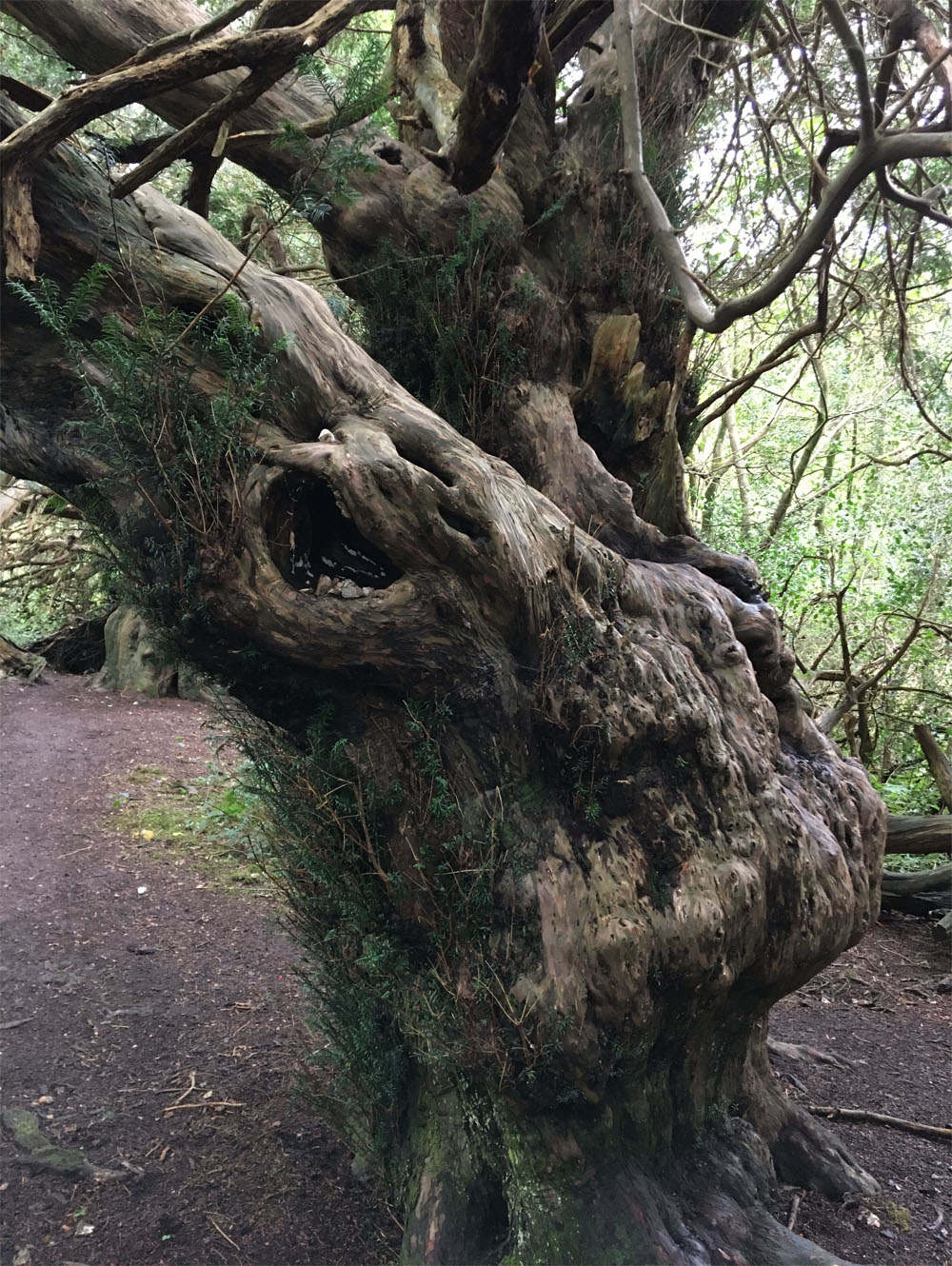 The yew has special significant to us; people have been building with its wood since the Palaeolithic. Their presence in churchyards may date to the bubonic plague – they were allegedly planted on the graves of victims to purify them. It is also said that they were a deterrent to locals looking for a place to graze cattle; their extremely toxic fruit is deadly to livestock and to much else.

Birds get by with the yew, however, swallowing the fresh and excreting the stone. Their dense structure gives protection to small species like goldcrests. But a yew grove can be silent, still, a place where thoughts grow and are left to hang in the air. 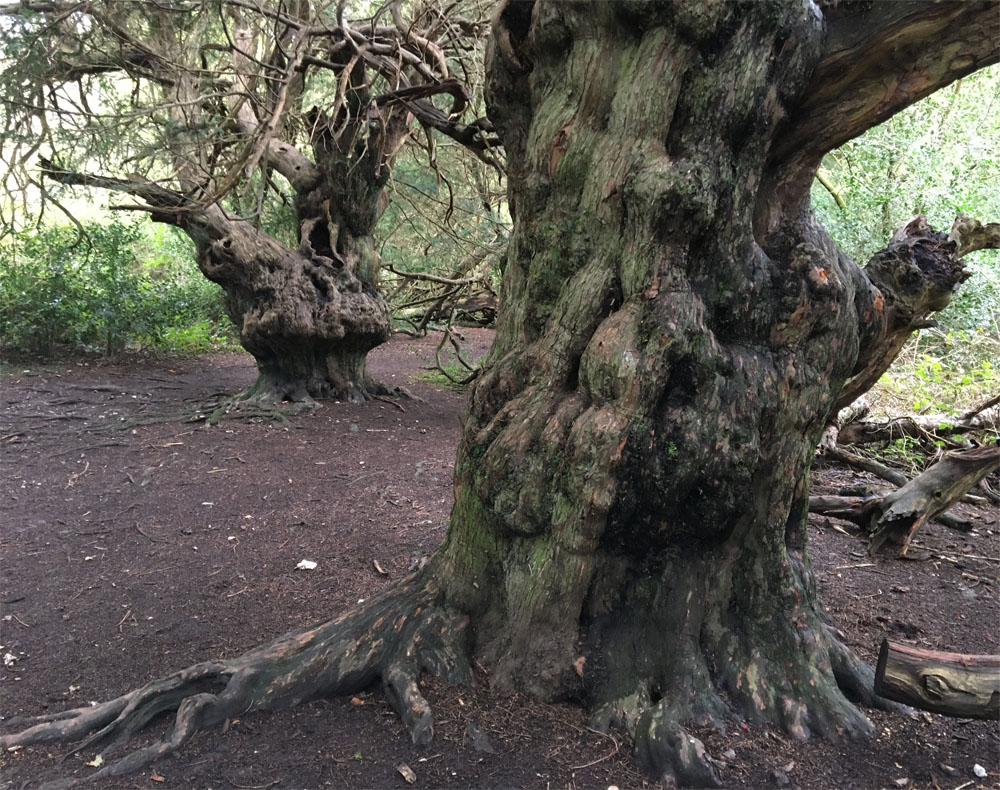 Beyond the yews, Kingley Vale opens into chalk downland.

A riot of colour in the summer, but the flowers are sleeping now. They will return.

The yews have seen it all before.