Hot, hot. The grass is brown, skies soft and deep, and the river rolls on slowly. A Met Office warning of extreme heat has been announced for a large slice of England, and having worked in 40c+ abroad, I hope that people realise that this isn’t the kind of friendly sunshine that invites sunbathing on the beach.

But there is another type of hot, and it underlies northern England like the blackened bones of an old dragon. Back in the spring, I travelled up to it, and saw what both people and nature have built on its back.

Whin sill: leftovers from yesterday’s cauldron. It is volcanic rock that bubbled up as magma, cooking its neighbouring limestone into marble, and contracting into columns as it cooled. It props up the northern Pennines and holds aloft Bambaugh Castle, as well as Hadrian’s Wall.

Whin means dark and hard in old local dialect, and tough it certainly is: eons of glaciers, plants, rain, waterfalls and even the sea itself have struggled to scratch it.

But life, as usual, sees an angle to exploit. What was once glowing and molten is now bright with puffins instead.

And a few other birds. The Farne Islands are in a class by themselves for seabirds, supporting an internationally significant frenzy of guillemots, puffins, kittiwakes and many other species. 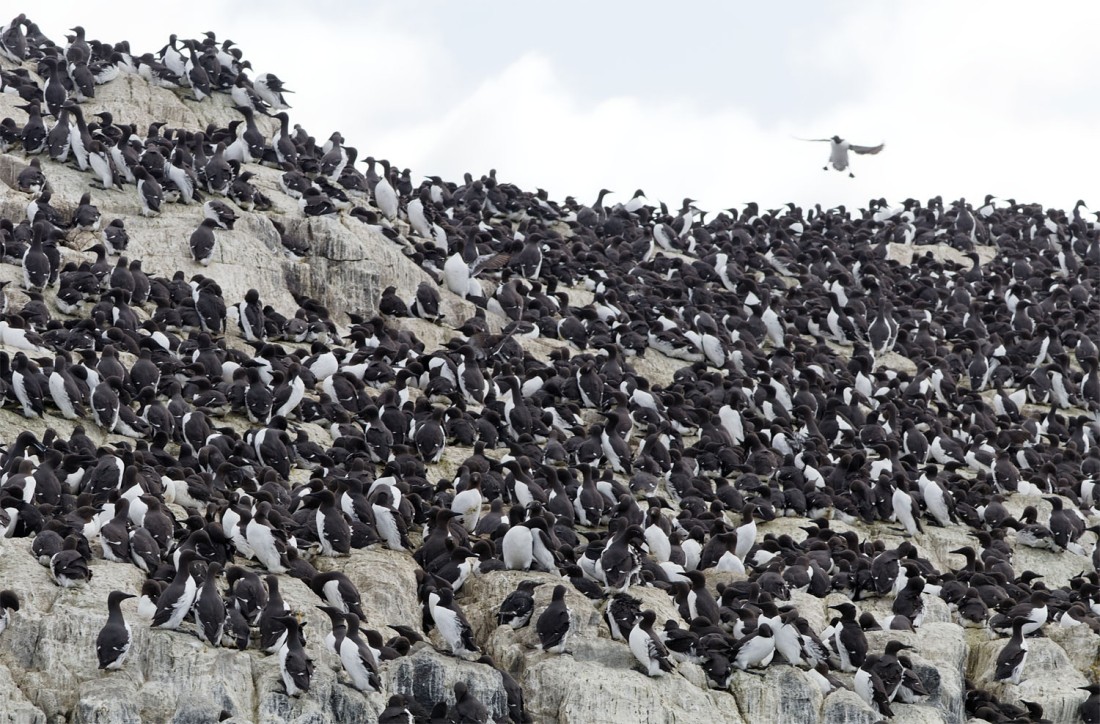 You do not simply see the Farne Islands. You hear them, and smell them, and watch in disbelief as the sea crashes helplessly against the whin sill while tens of thousands of living things raise their voices.

This is a razorbill, otherwise known as the lesser auk.

And these, Arctic terns, famed as the greatest travellers on Earth. Some migrate each year from the Arctic to the Antarctic Circle, an annual mileage of 30,000.

A northern gannet, our largest seabird.

Keeping cool, whatever the fires that birthed these rocks.

Hope we all do the same.