There’s only one way to beat the heat. I ventured outside at 4:15am this morning with a dog who was surprised but instantly approving. With the mist in the valley and the sun still hiding, we spent time with the foxes – notably an ambitious cub who hopefully charged a woodpigeon, and ruefully learned that birds can fly.

But the grand sweep of chalk grassland to the north of my village holds other lessons – of  the mind-boggling variety of small wild things. This wolf spider carries her young with her on her travels. The Russians say that wolves are fed by their feet, and the eight legs of this spider will let her catch her next meal.

But other stories are of people, and the names that we have found for plants. Fragrant-orchid makes literal sense, although there was no perfume that early in the day.

As does greater yellow-rattle. One of the UK’s rarest plants, the seed pods will rattle as they mature. 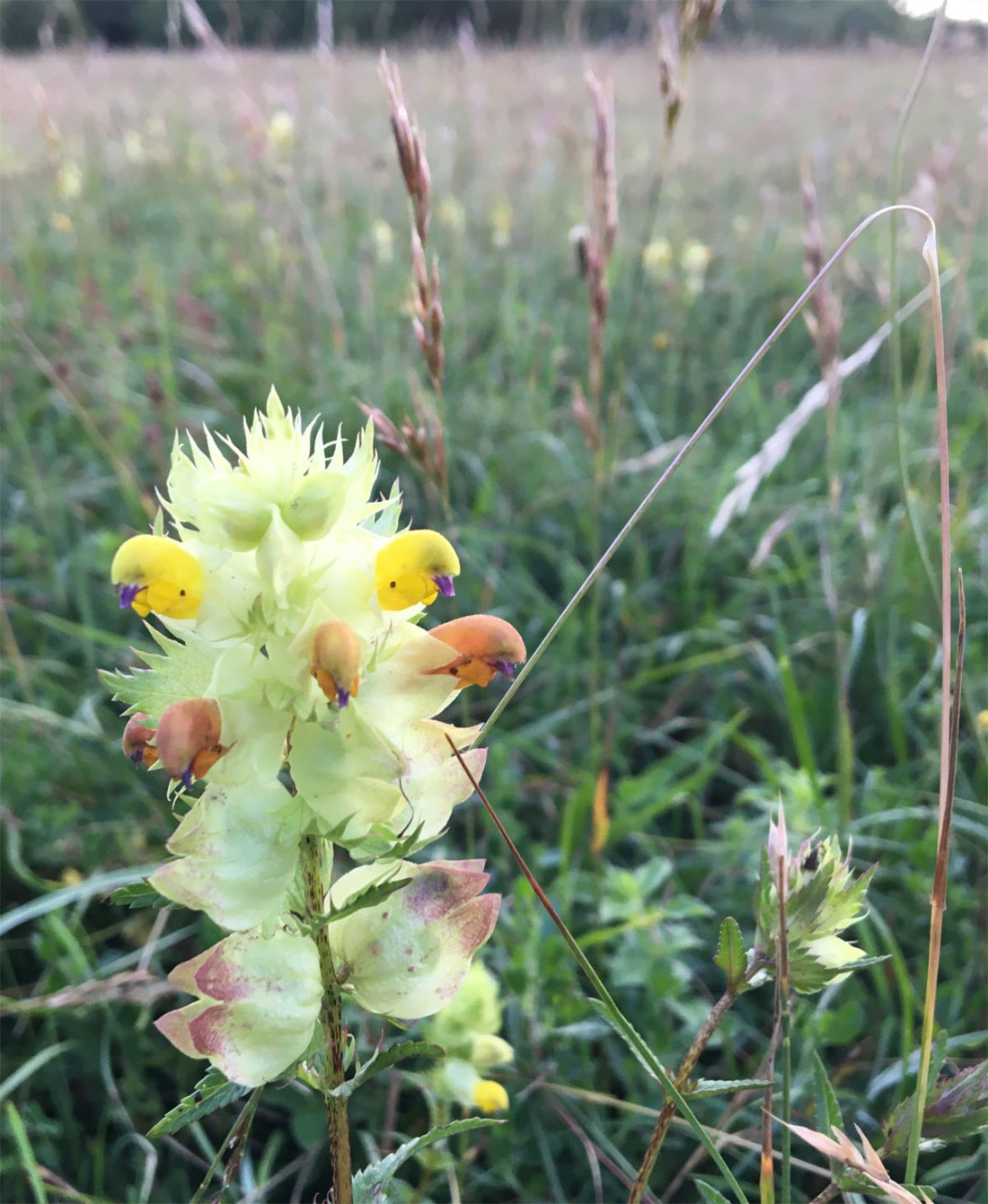 It is the worts that are most human. St John’s wort, still used in traditional medicine – albeit with limited evidence – is said to flower around the feast day of St John the Baptist. Which is today, as it happens: June 24th. It was named in 1551 by William Turner, a botanist and reformer. 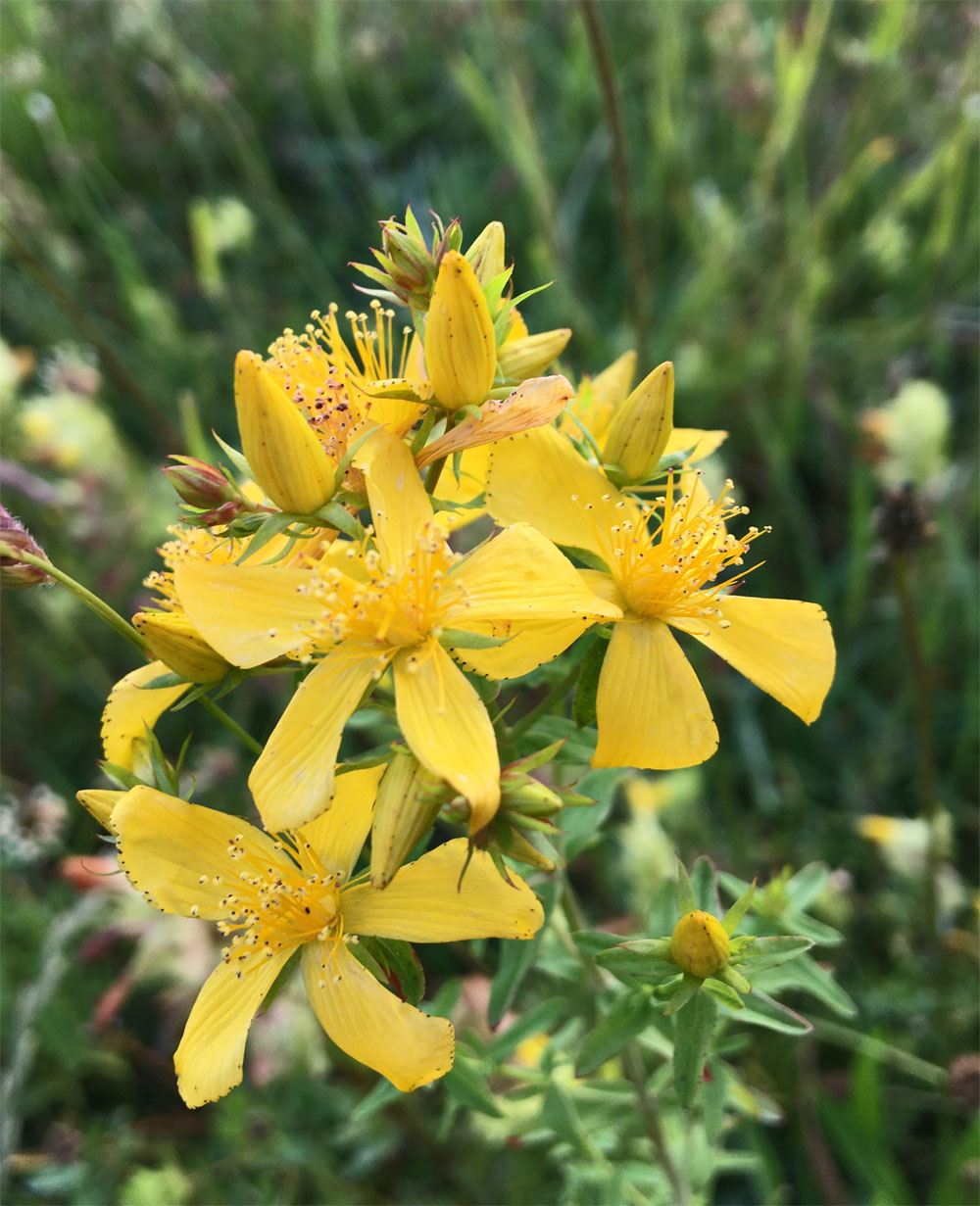 Much less famous is dropwort. Wort is an old English name for a herb, and ‘drop’ in this case refers to tubers on its roots. It is no relation to hemlock water-dropwort, which unlike this innocent cluster of white petals is extremely poisonous.

But to finish, another orchid, and one whose name of pyramidal needs no explanation.