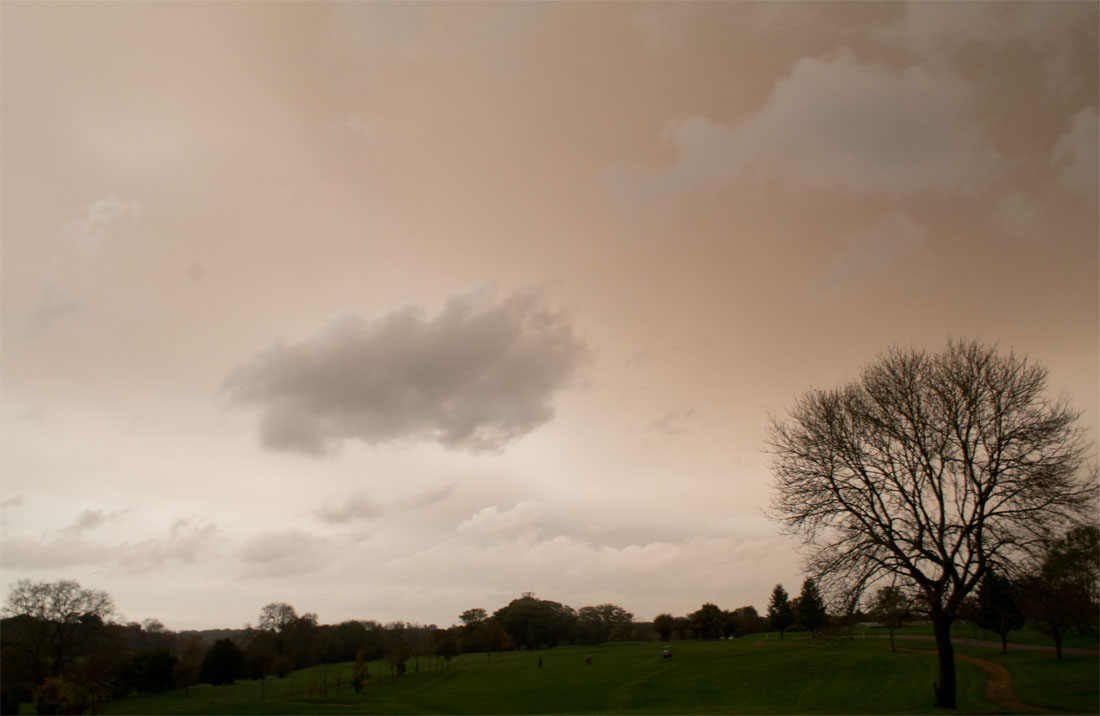 Today the sky says that it is not an island. It’s painted sepia from lands far away, and dyes the world beneath into almond and darkness. 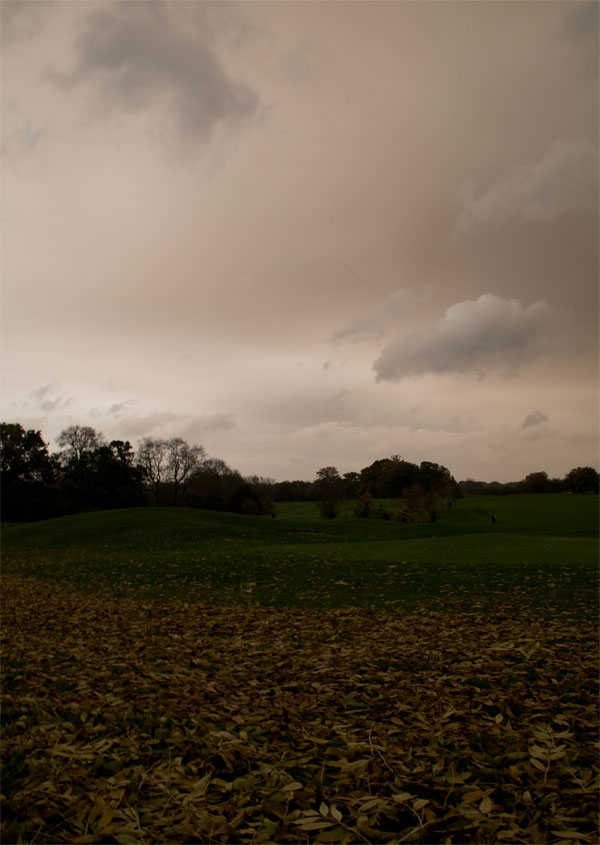 The air is coloured with ash from the forest fires in Iberia and dust from the Sahara, sucked northwards by the force of Hurricane Ophelia, which is currently battering Ireland as a post-tropical cyclone. At 3pm the light levels slumped as if in the afterglow of winter twilight, and humanity rebelled by flicking on streetlights and headlights – but it seemed feeble under such a sky.

Before the dust, there was colour: leaves that would seem improbable if a human artist drew them. 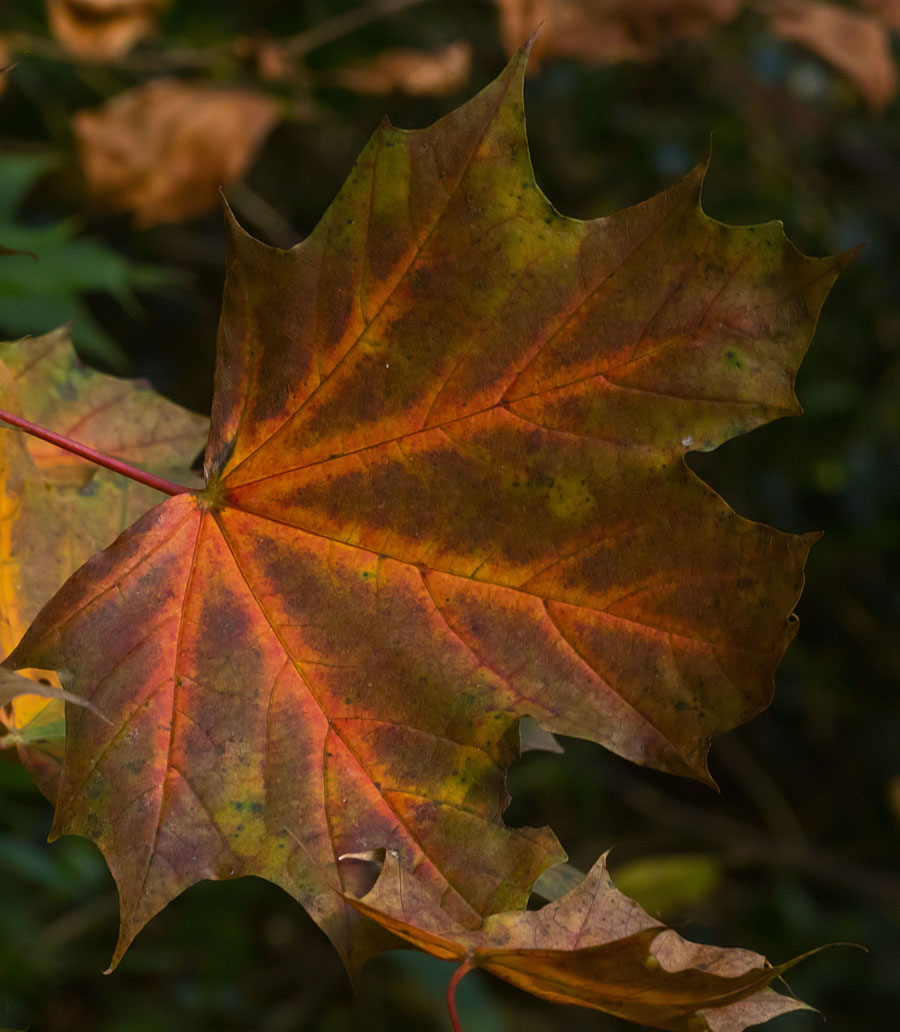 And fungi carved into maple leaf-shape by slugs. 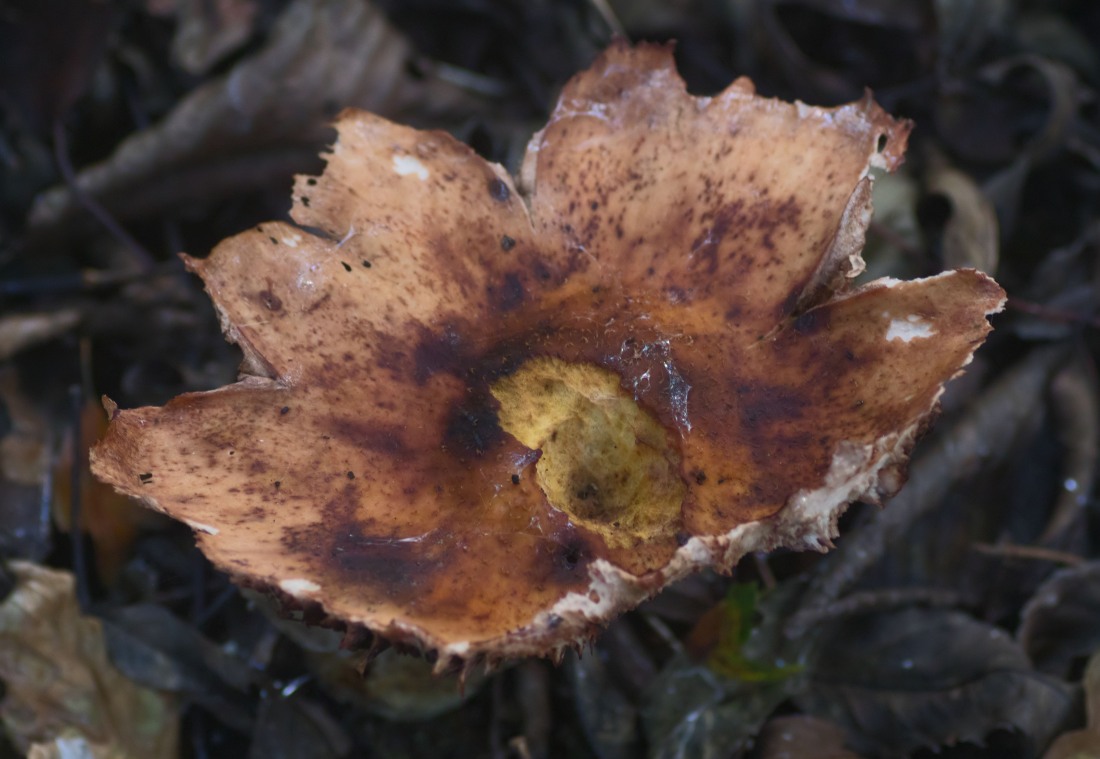 Their less-eaten peers were in full show this morning. Meadow waxcaps are one of the largest of the waxcap family, and this is the first time that I’ve found one in my area. 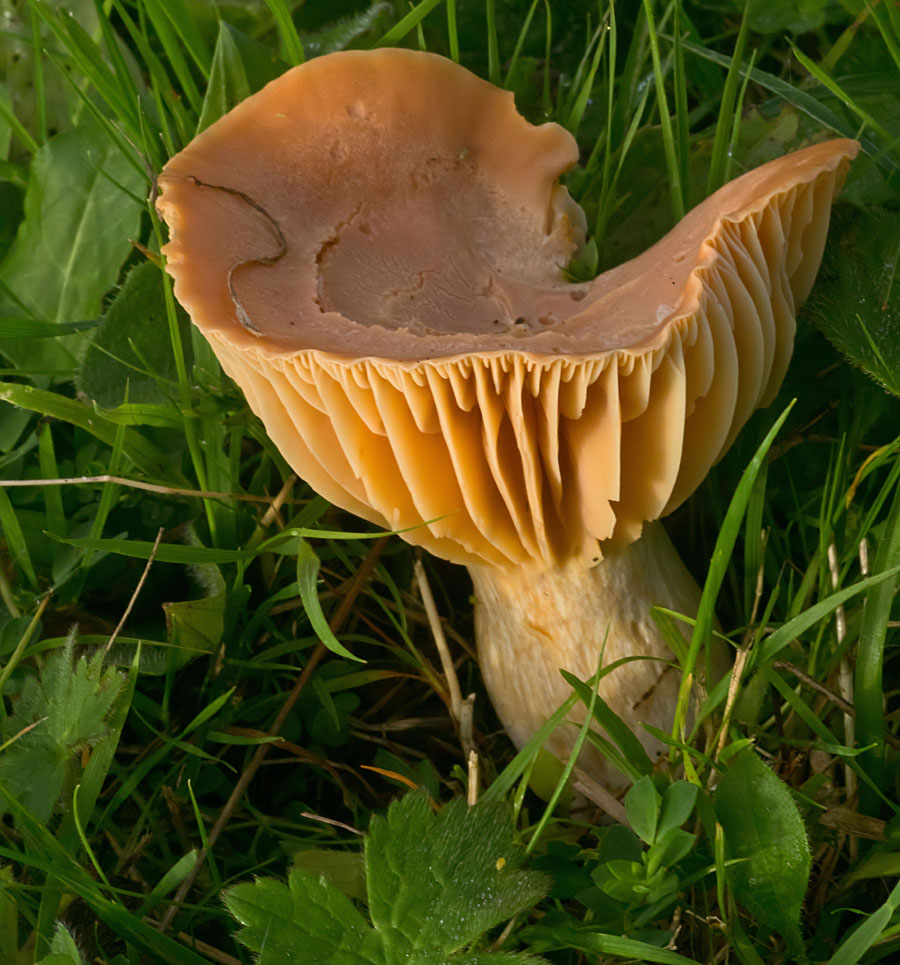 But any giant is relative. The waxcap was dwarfed by a monster in the ancient woods. The lens cap is about 2 inches (5cm) wide, and the mushroom cap would dwarf some saucers. Its identity still eludes me, but possibly it’s an exceptionally big honey fungus. 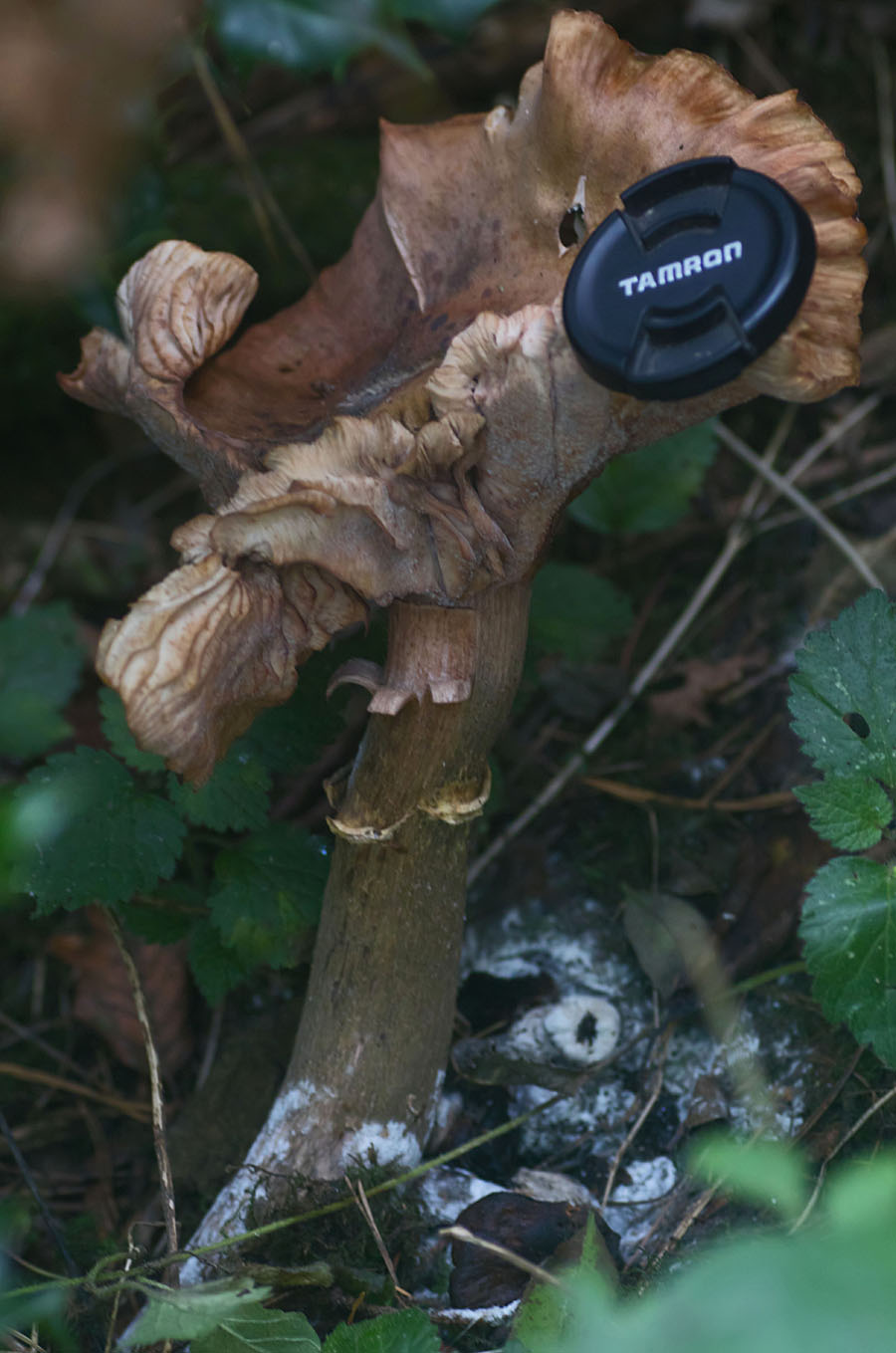 The dust is sweeping northward and the sky is greying. I would not surprised to find a sprinkling of African sand over the cars tomorrow.