Back to the map of southeast Asia. Draw a line across it, written in tigers, foxes and deer. On side walks the great megafauna of Asia. On the other, the strange creatures of Australasia hop, bounce and glide.

The so-called Wallace Line was discovered in 1859 by Victorian naturalist Alfred Russel Wallace. Later, other scientists realised that it cut a bit further north, and I’ve taken the liberty of drawing that in red on in this 1863 map.

Few wild mammals ever cross the Wallace Line, but on this trip I’m flying above it, repeatedly, catching glimpses of the exotic Sulu Sea.

It is not safe down there; once the Sulu Sea was famous for its pirates, and today for its terrorists. But from 30,000 feet, you can get some idea of the tropical beauty of the waters.

I cross the Wallace Line just east of Borneo. A little further, and the Philippines come into view. This island nation sits astride the line – Palawan, on the Asian side, once hosted tigers, and leopard cats probably still survive. I’m headed to Mindanao, which lies on the Australian side and has no native felids.

Cats may be famous for their sleeping, but here a volcano dozes instead.

Mount Apo towers 2,954 metres (9,692 ft) above southern Mindanao. It is sleeping, a comatose monument to the blazing power of the Pacific Rim of Fire.

The rest of Mindanao rolls up to Apo’s feet in ridges. 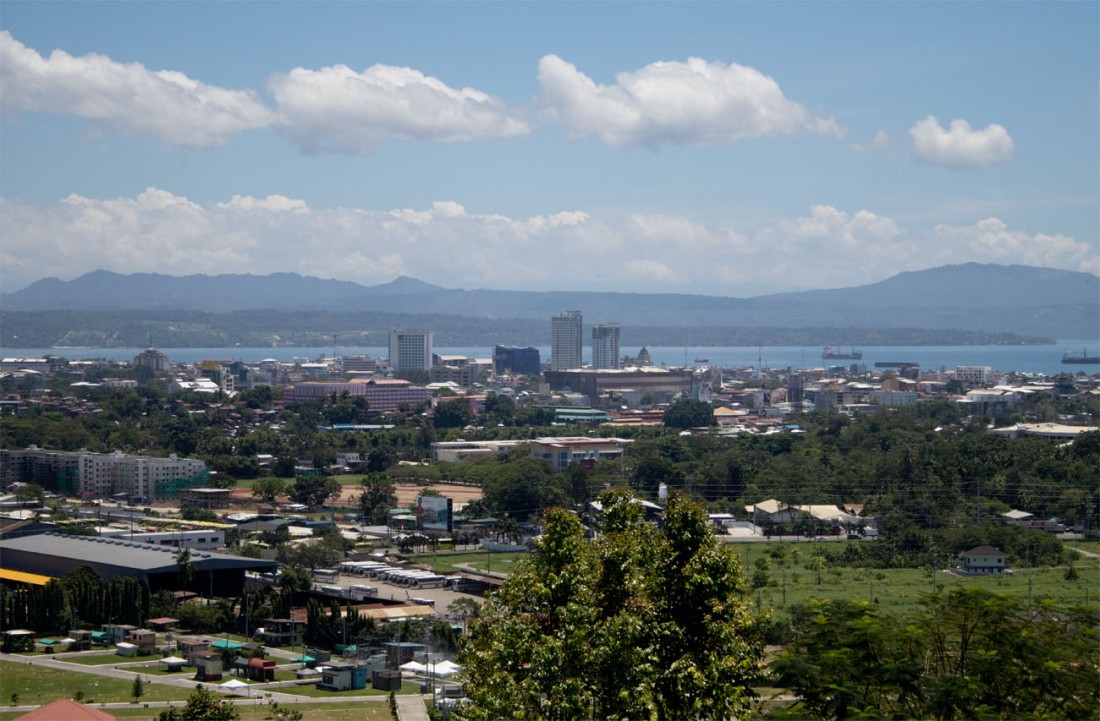 It’s hard to visit Davao City without noticing exotic fruit. Durian is famous, possibly infamous. This sign on the Metro back in Singapore caught my eye:

The reason for the anxiety is durian’s fantastically horrific smell. It is, however, known as the king of fruits because the taste is valued so highly. I sampled some in a milkshake; it’s complex, and your taste buds process it in stages. Very ripe melon is probably the closest description. 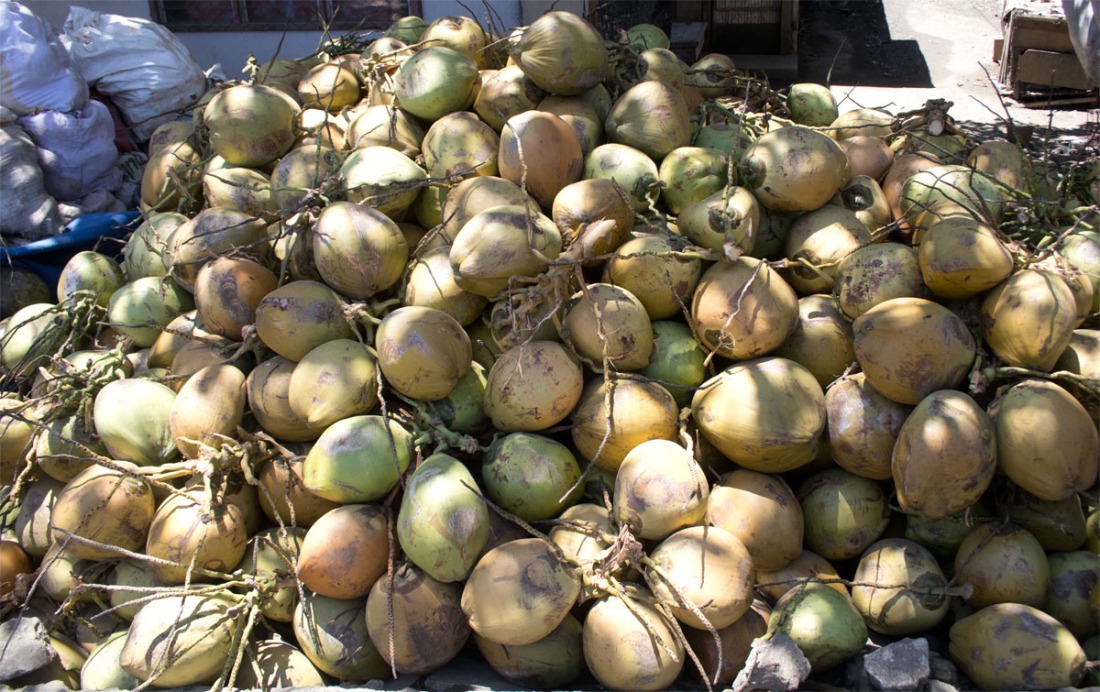 …and venders turning them into buko.

Certainly that is appreciated in the tropical heat.

4 thoughts on “Across the Wallace Line”