Everyone who’s set up a trail camera has had a ‘what in the name of all wonders is that?!’ moment. Malancrav is up there with the best of them.

It is not that there is no wildlife; we even have a blurry clip of red deer, the largest mammal in Transylvania. And a pine marten puts on a welcome show. 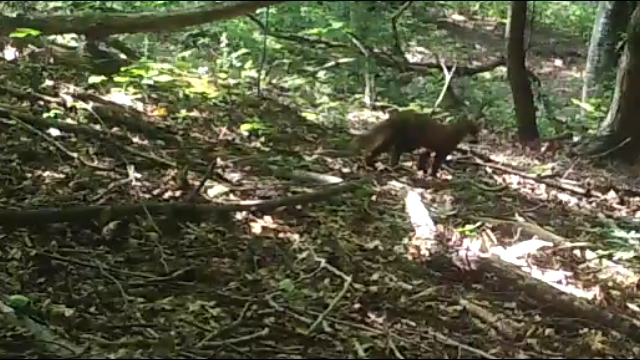 It is also one of the few places where I’ve caught a buzzard on a cam. 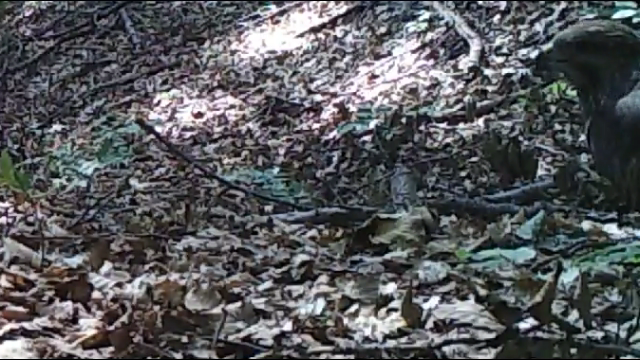 And then the monster strolls by. 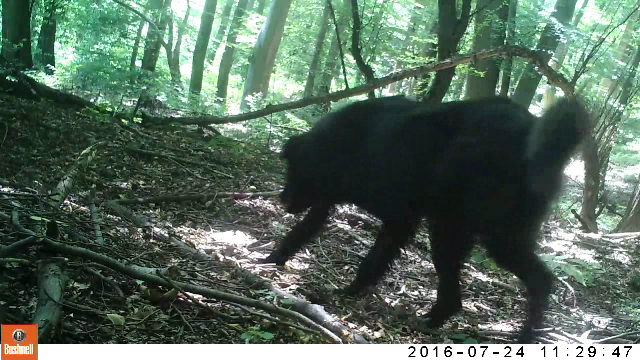 In the mammal book? No. Wikipedia tells me that it is a corb, also known as a Romanian raven shepherd dog, best described as a gigantic, rambling, black St Bernard. It is indigenous to Brasov where it has been driving bears away from cattle for centuries. What it is doing roaming around Malancrav’s outback by itself is a mystery. Romania has a serious stray dog problem that is not only a hazard to people, but also to wildlife – in fact sadly we see one guard dog run down and kill a hare on the outskirts of the village.

The corb is a little strange, but Trailcam 7 wins the prize. I’ve been having arguments with this camera all season; it seems to have some kind of power leakage and is chomping through 10 AA batteries a week. It buzzes, glitters and goes flat. One of my colleagues has kindly offered to leave it in front of a moving bus. But, alas, first it is stolen…by ants. The photograph does not do the crisis justice – there is a video clip on YouTube here.

Gingerly, very gingerly, we put Trailcam 7 into a Ziploc bag, spray it with mosquito repellent – the only weapon at hand – and carry it three miles back to camp.

Thieves, corbs and ants – who would be a trail camera?

But our next stop is the remote village of Daia, where cams keep the royal company of bears.