We’ve come to the end of all things. Final day, final survey, final gathering in of the trail cameras. Tomorrow I fly home. Nothing more can happen…can it?

Clouds have settled over Apold’s grey walls. A raven is calling above me: wilderness bird in a Saxon village. It is timely – I’ve been thinking about people and wildlife sharing space. Romania is full of lessons; it has done so well for plant, insect and bird biodiversity, but its mammal policies need improvement.

Final breakfast is battered courgettes. So, we’ve ten trail cameras to collect. They’re divided between two transects, and I opt for the East first. It is a small decision with major consequences.

Not that the wildlife has failed to put on a fine show. 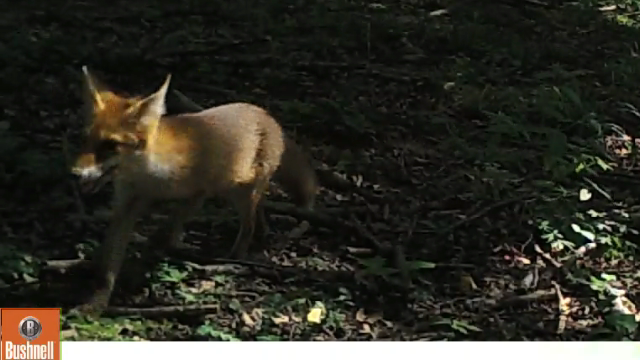 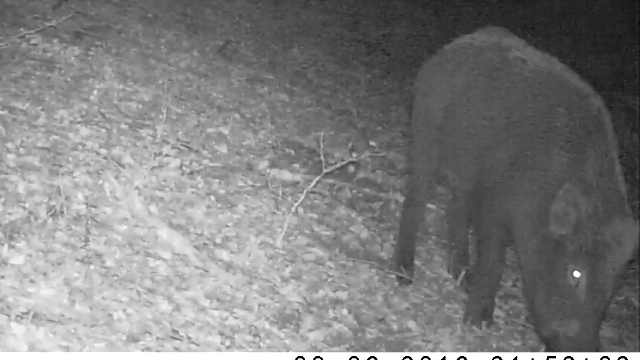 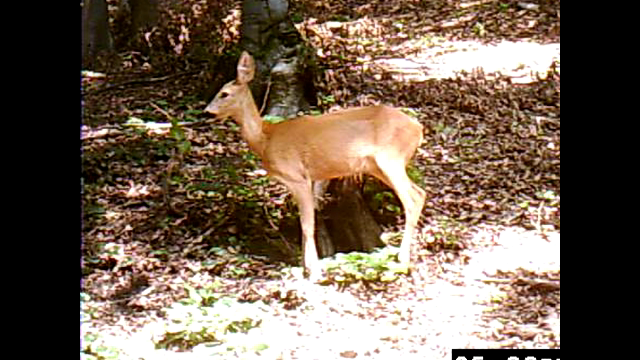 Last afternoon, last walk, last cameras. West Transect beckons. It’s a long, long way over all those electric fences. Trailcam 1 collected. A family are driving two chestnut horses out of the forest with a cart full of timber. A man walking ahead in a white shirt, two smallish and grumpy dogs – one looks like a fox terrier – and various kids, one with the reins, two walking behind. Stand back, acknowledge, take photo…usual procedure. 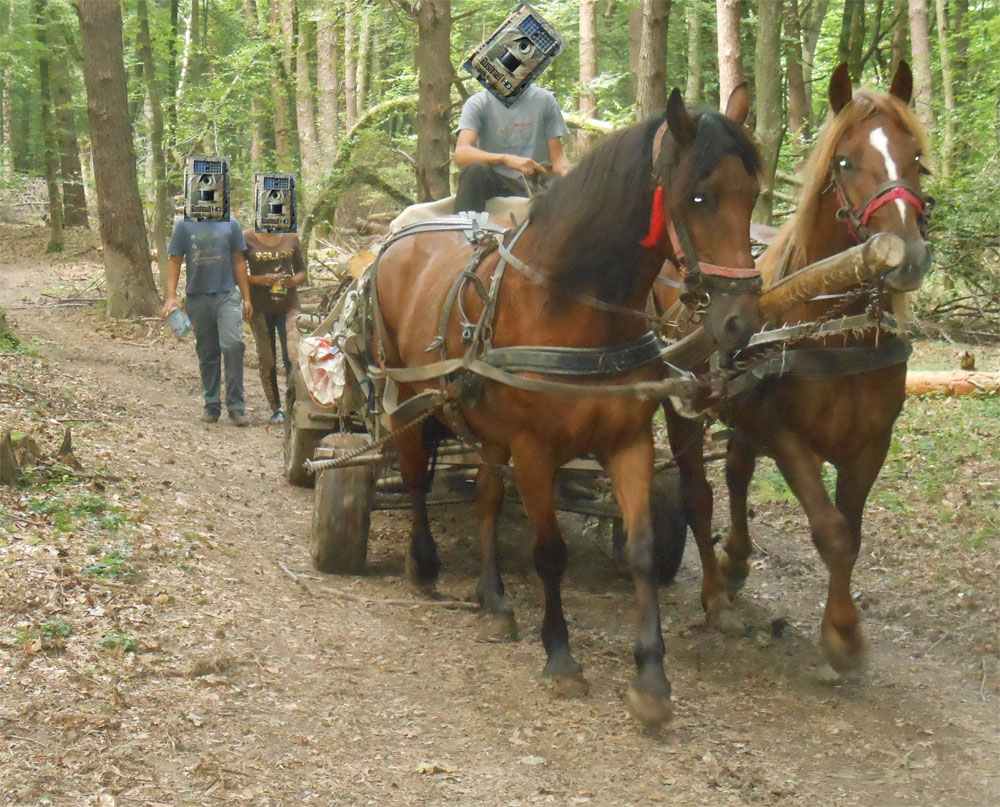 We pick up Trailcam 2, in the wood with the spiders. A black woodpecker calls from somewhere. Trailcam 3 – so that’s where I put it, on an intersection near a ridge.

Last of all, there’s Trailcam 4. Something is uneasy on my mind – we’re walking down the trail of that big horse cart.

The GPS goes beep. The camera is gone. Axed straight off the tree! 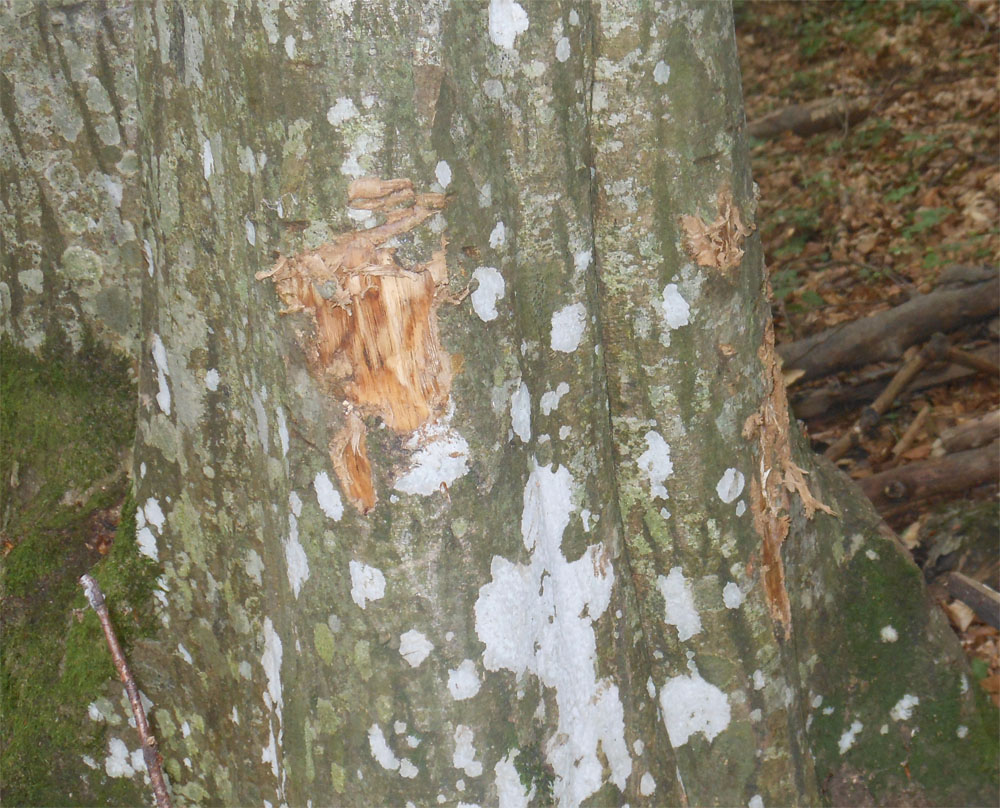 Again?! How is this even possible? Of course it just had to be Trailcam 4. It might be the first trailcam in history to be stolen twice in the same field season!

Nope. Not happening. They’re not far ahead. Fine, they’re clearly armed with an axe. Whatever; we’re armed with raw horror. We give chase!

Out of the wood we march, up slopes, down cart tracks. Meadows roll on under our boots in the brightening sun. They’re just ahead – we can see them now. We cannot close the gap! Trailcam 4 is within metres but we cannot win this race. Not against two horses.

Apold stares at our hazy-eyed return. Trail has become stony road flanked by barns and tumbledown wooden huts. Do you recognise these people? Yes, everyone does. The priest gives us their names. They’re well-known thieves and the police have twenty open cases against them. To the police we go. But the station is shut.

Final supper of stew. Everyone else seems to have had an enjoyable last day.

The stars are fairly nice. Polaris is directly ahead. The police are coming, sometime. Hours roll on and still I’m sitting with my colleagues under the fortified tower of Apold’s grey church. A new ritual; students and expedition staff wander by, ask astonished questions, and vanish back into the darkness.

Still waiting in the starry silence. It’s getting surreal. A phone rings; now the police want us to meet them at the station…

We grab our ID and stroll down the streets of Apold at midnight. Not a soul to be seen, nor a building light, except at the station itself, which has a blocky police car outside. Two enormous men are in there; both have broad faces and stern eyes, and the kind of bearing that suggests getting in a quarrel with them would be remarkably stupid. They’re sitting in a small interview room with an old green carpet and an umbrella stand that has truncheons hanging from it. A door behind them is covered in bars. The map on the wall still shows Yugoslavia.

It’s ridiculously late when we leave the station, watching the officer put a bag in his car with the air of a man who thinks his work day over. So is mine. My field season, actually; Romania has been mesmerising, exhausting, beautiful and thought-provoking. I did not expect to end the project in a 1960s-style police station, but these things do happen.

A message will be passed to our friends in Viscri. Perhaps Trailcam 4 will be rescued again, but for now, it’s farewell.

And we’ll never know if it caught a bear…