Doñana: art project of the mighty Guadalquivir River, a restless equation of marsh, forest and dune. Hardly an hour south of Seville’s bright streets lies a wilderness with sand that speaks, and slips under your boots, adding you to the register of living things that walked under umbrella pines.

Rabbits, red deer and wild boar. Mongoose, Iberian fox and badger – they all came here before me, loping past rosemary shrubs, fur patted by a wind that teases winter even while cicadas pepper the nights. Something else is here, something wilder and rarer, and its insignia is etched in the sand. 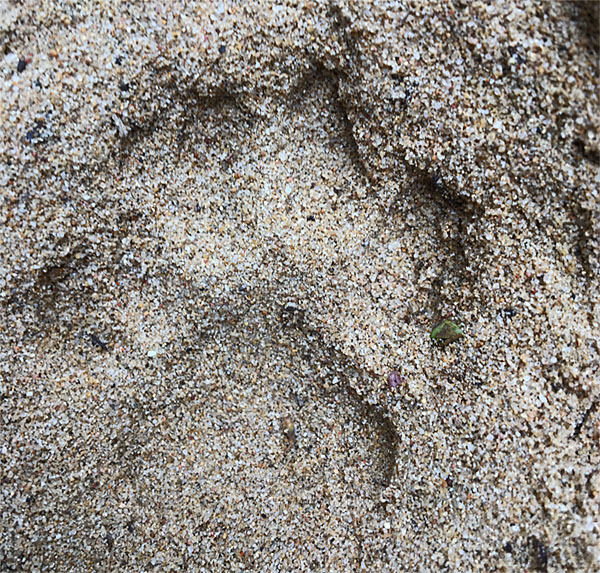 Iberian lynx. They are indivisible from rabbits – I contemplated their relationship in Andújar last year. This lynx is the rarest cat on Earth, a spotted, ear-tufted, sideburned ghost, and Doñana is its other major stronghold. Four times I see their sign on these sandy hikes, but the lynx hide themselves, as is their wont.

Rabbits keep watch, as is theirs. Their population is frail, stitched together by conservationists to keep lynx alive.

It is an ongoing campaign, but there is still hope; there are still lynx in Doñana. Somewhere, beyond the cork oaks and the horses wandering free.

Doñana‘s other master predator takes to the marshes. For sheer grandeur, the Spanish imperial eagle tops the tree – and a kestrel hovers over it, as reckless as a crow.

There are little owls here, too, perched on the ancient stump of a eucalyptus.

Still leaving hoofprints on those sandy trails that tell so many stories.

Clouds build over the little whitewashed town of El Rocío.

Clouds to wipe clean the sandy canvas, turn a fresh page if you will – but the rain is yet to fall.

11 thoughts on “Scribe on the Sands”