If we cannot go out into the world, then the world can come to us. Everything wild, travels, from foxes to flowers.

Remember  ‘Spectacles’? He arrived alongside another adolescent male some years ago, but while One-Eye – his probable brother – remained a homebird for lifetime, Spectacles was a nomad. He loitered in the garden, quarrelled with the resident foxes, and took to the road, returning and disappearing apparently at random. Where he went, I do not know; but foxes can easily stray dozens of miles. It’s not unlikely that he voyaged to Kent or even Sussex. 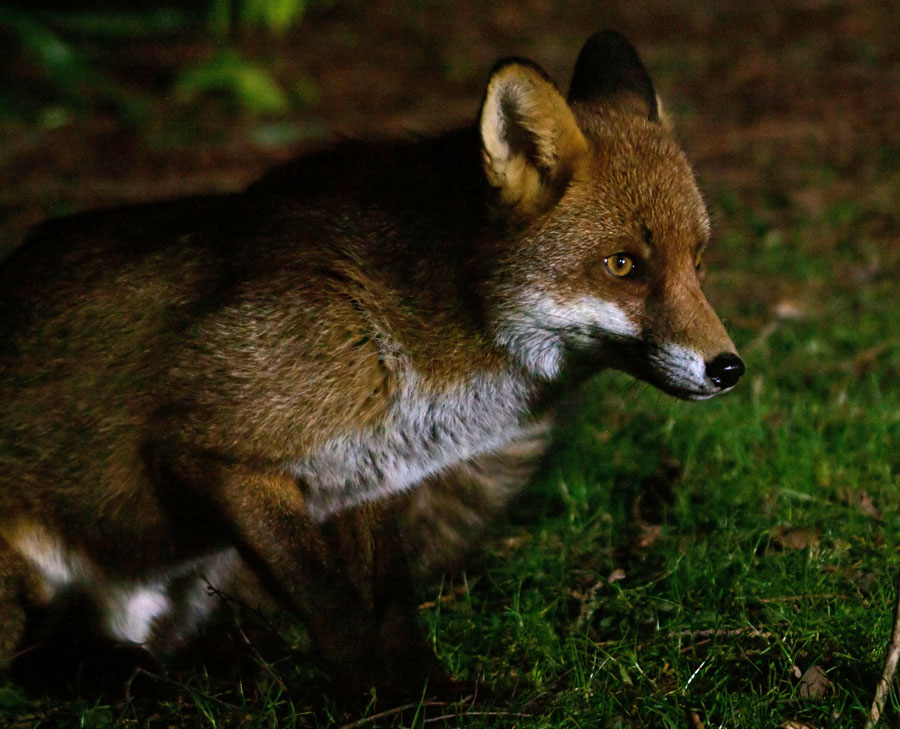 There are a certain proportion of foxes who live like this. Territory is not an exact concept, although a family group will make some effort to evict or at least dominate trespassers. If you can imagine a map with multiple circles on it, Spectacles was the kind of fox who roamed loosely over those zones, knowing many but belonging to none.

I’ve known several other nomadic foxes. This young vixen, who was usually accompanied by a very dark dogfox, seemed perpetually baffled by the world even as she trotted haphazardly around in it. 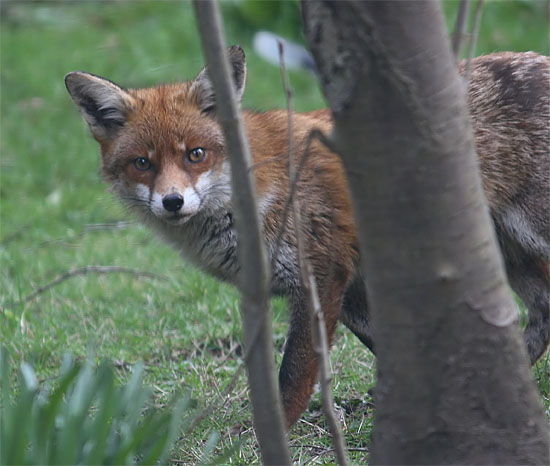 And of course, the famous Vixen from Across the Road – whose territory was half-destroyed by construction workers – spent several years crossing the line, despite the best efforts of the neighbouring foxes.

As for Spectacles, he abandoned my village for good in 2017, after repeated squabbles with the tiny but fierce White Socks Vixen. Here’s one of their soundtracks! Like most fox confrontations, the noise is savage, but it was quite bloodless.

We have other wanderers, of course: redwings from Iceland over the winter, chiffchaffs from Africa in the summer. But on the woodland floor is a different kind of movement – where travel is not a matter for the individual, but something accomplished as a team over a hundred generations.

Most plants stay rooted for life, and wood anemones are no exception. These tiny white banner-bearers of spring are exceptionally slow to spread – a rate of six feet a century is the estimate. As we humans are currently learning for other reasons, tiny steps forward are no reason for any one individual to drop the ball.

And even while still, they travel. Anemones are known as the windflower, and how they bob in a woodland breeze.

Living in their own way, patient in the dappled sun.

14 thoughts on “Nomads Amongst Us”