Not many words today; I’ll leave that to the owls, calling under the stars and into the dawn.

Just frost and fog and that cold rose of winter light. 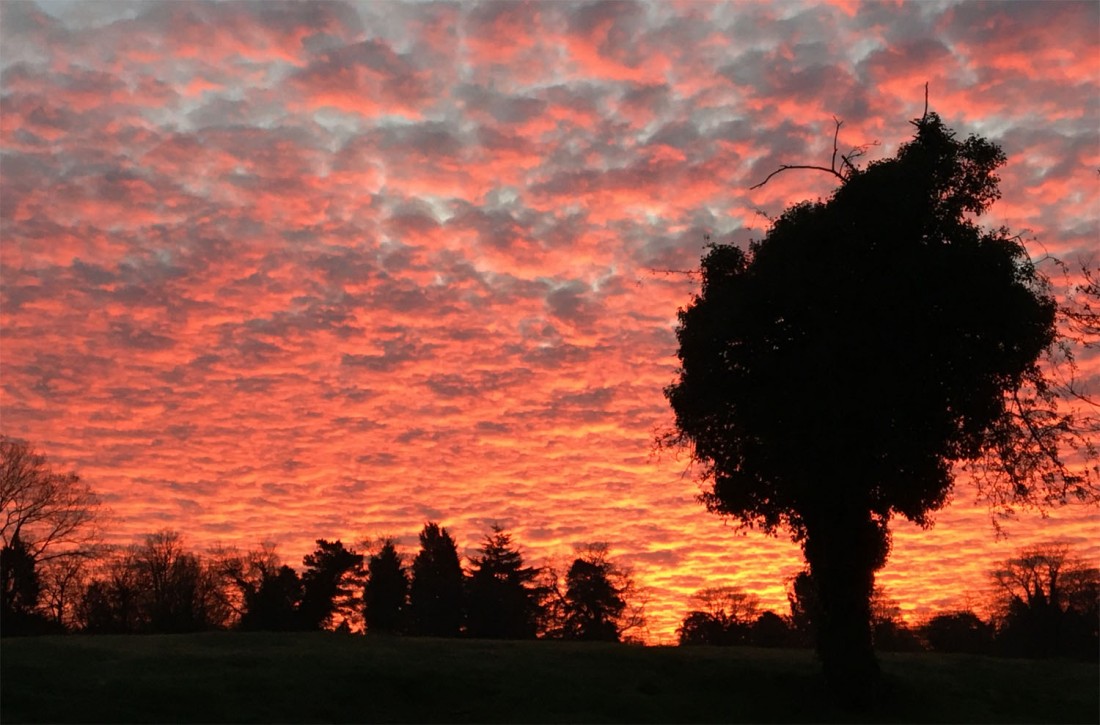 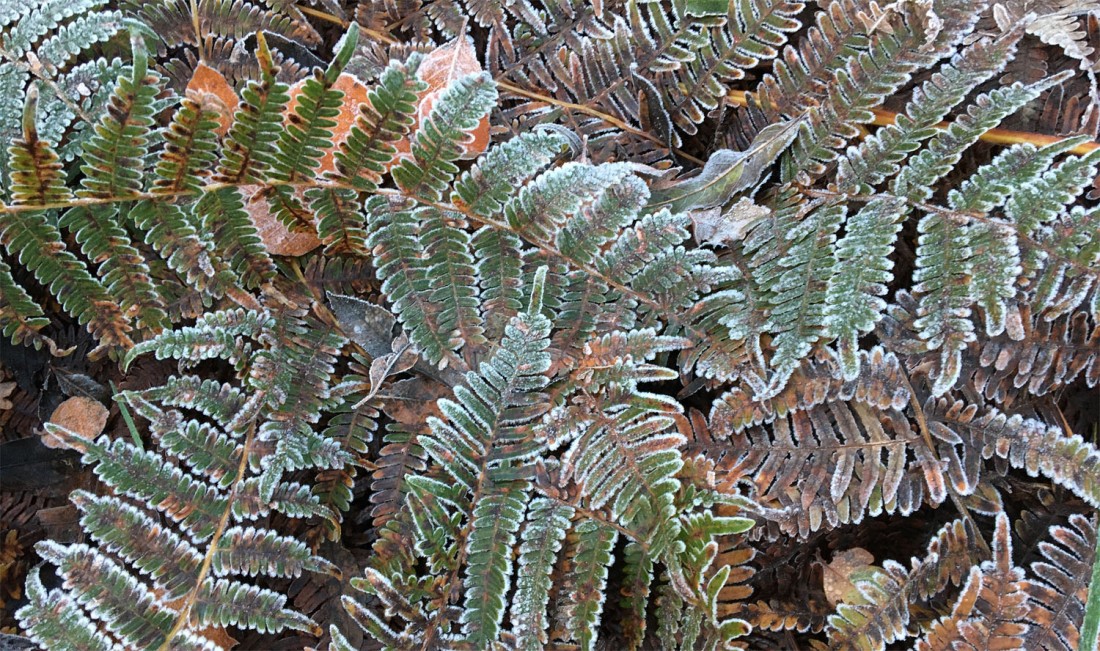 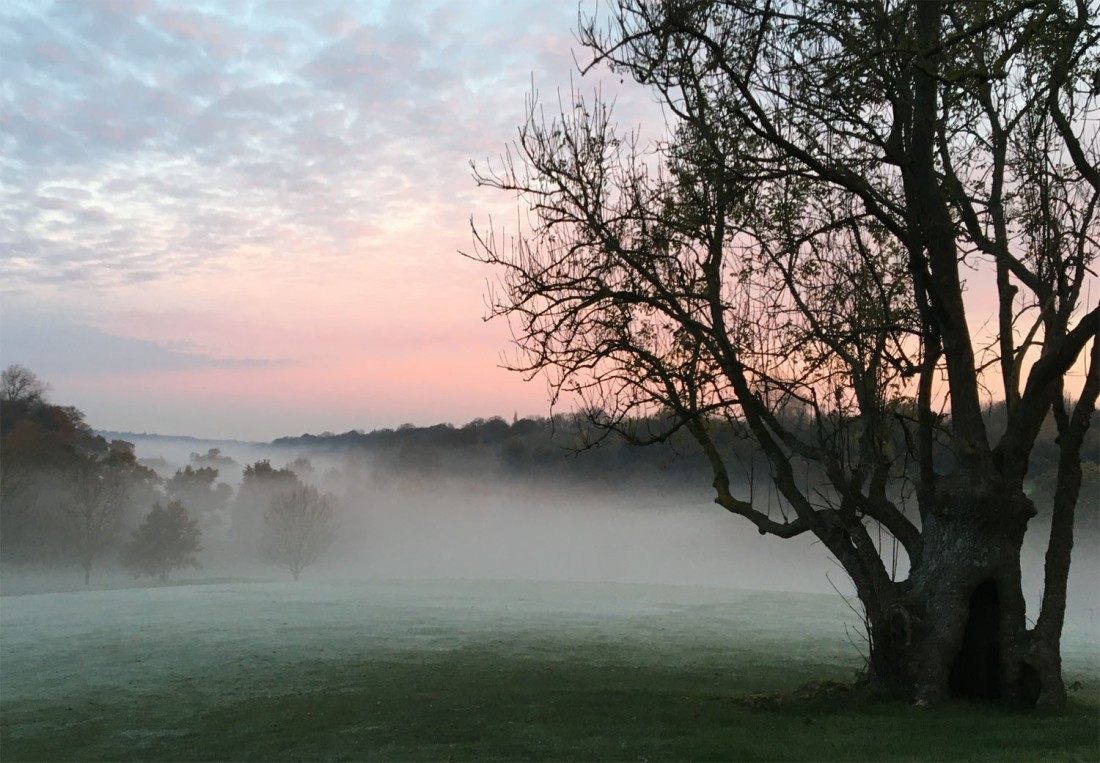 Yesterday, I nearly overtook a stubbornly tinkling ice cream van while walking down a lane feathered with shed leaves. And today it rained from a clear-ish sky before the west was underlit with pink as if the clouds were full of rosewater. Windy? Sunny? Puddles? The seasons seem uncertain where they are heading, like so many of the people wandering beneath them.

I’ve got a couple of trail cams out at the moment, and they too are having unpredictable times. As the temperature drops, so does the activity of our summer specialists: bats, hedgehogs, and above all dormice. I don’t know what kind of summer dormice have had; covid put paid to the nestbox surveys. This one at least looks well fed and ready for a good winter’s hibernation.

I catch footage of dormice every now and again, but it’s not easy. Not only are they a nationally threatened species that exists at low numbers even in the best habitat, but they also tend to keep high in the trees. This one was relatively low down on a fallen trunk, possibly searching for a hibernation spot. They weave winter nests at ground level where the temperature stays steadier.

At the other end of the size scale, this ghost of a deer.

Fallow deer. I did a double take but no, it’s a definitely a fallow deer, of what’s called the ‘menil’ colour type. Fallows can in fact be almost white, almost black, or (more commonly) sandy-brown with white spots, but they are very rare visitors to my part of the hills. A mature buck sports massive palmate antlers but this is only a ‘teenager’, and he’s probably on his way out of the valley by now.

Not to be outdone, kingdom bird offered a woodcock in the fallow’s wake. This desperately shy woodland wader is another species that I stumble across only rarely. Like dormice, they are mostly active at night, and like fallow deer, they are on the move; this one probably flew in from the continent. 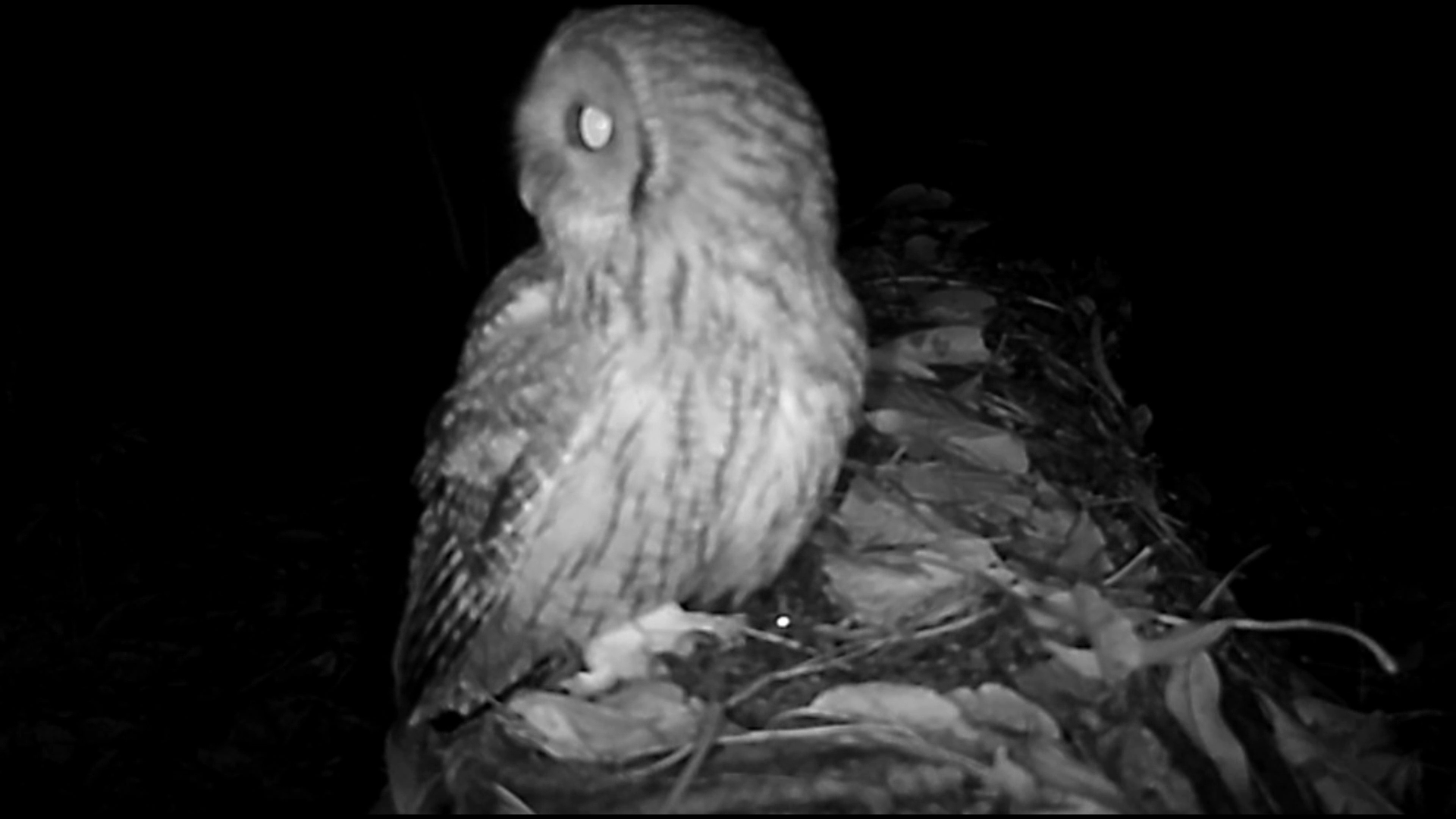 As the trees grow bare and the foxes start courting, owl cries echo in the night – they search for mates from autumn onwards.

Nature tries to keep to some of its old patterns, even as we wonder about ours.