We’ve found the end of the road, or rather the beginning of the real world. Bako National Park can only be reached by boat and is consequently spared one environmental headache familiar to most North American and European reserves.

So you see it first from the water, mountains hazy under the remorseless brilliance of the sun. Monitor lizards and kingfishers guard shorelines where a tangle of trees totter uneasily between cliff and sand. Then, land soars out of the sea itself – fantastic sandstone stacks, crumbling bones of a mountainous peninsula jutting northwards from the world’s third largest island into the South China Sea. 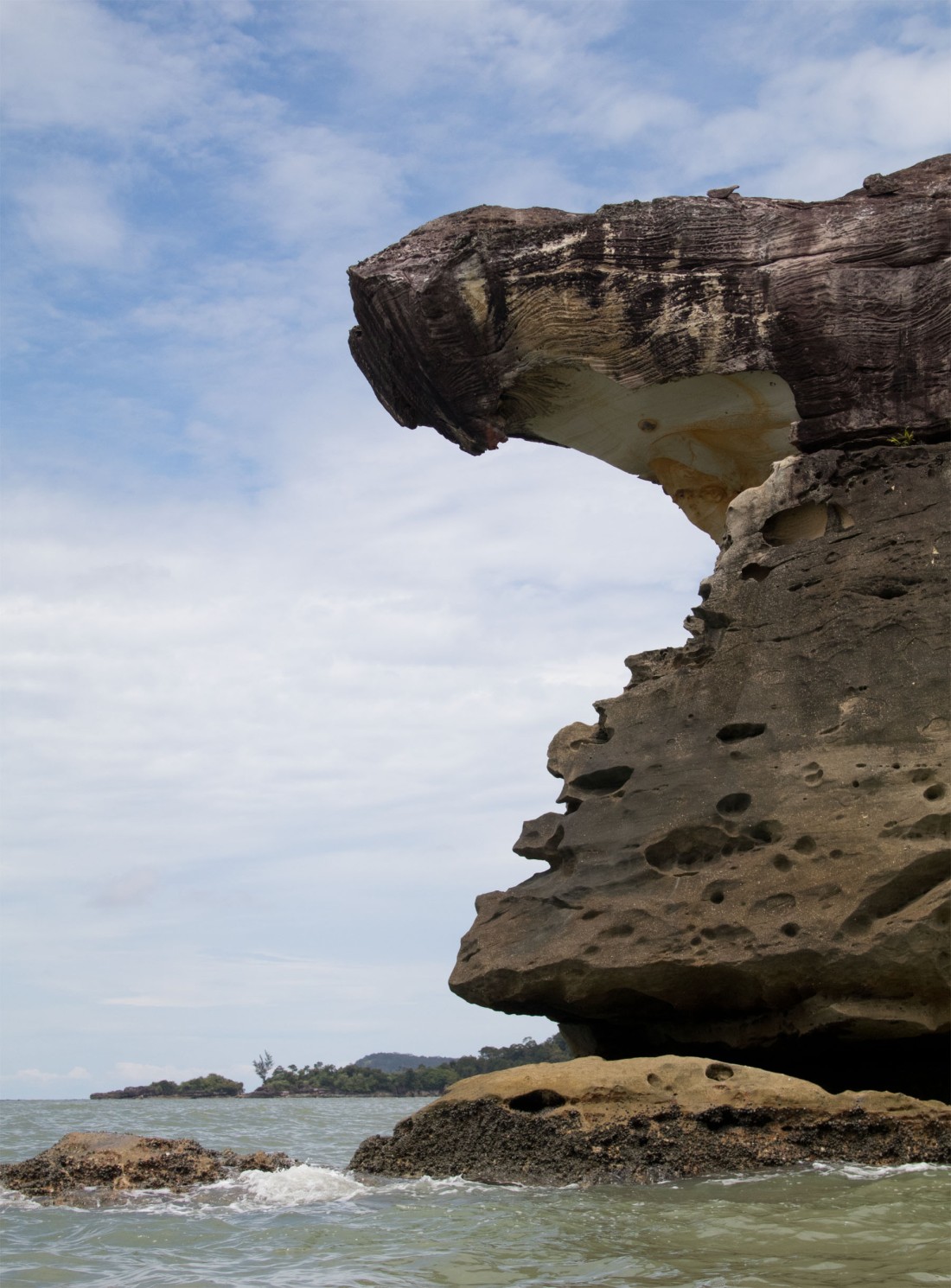 Some people see faces in them; others, perhaps, are more astonished by the raw power of sea chewing stone. 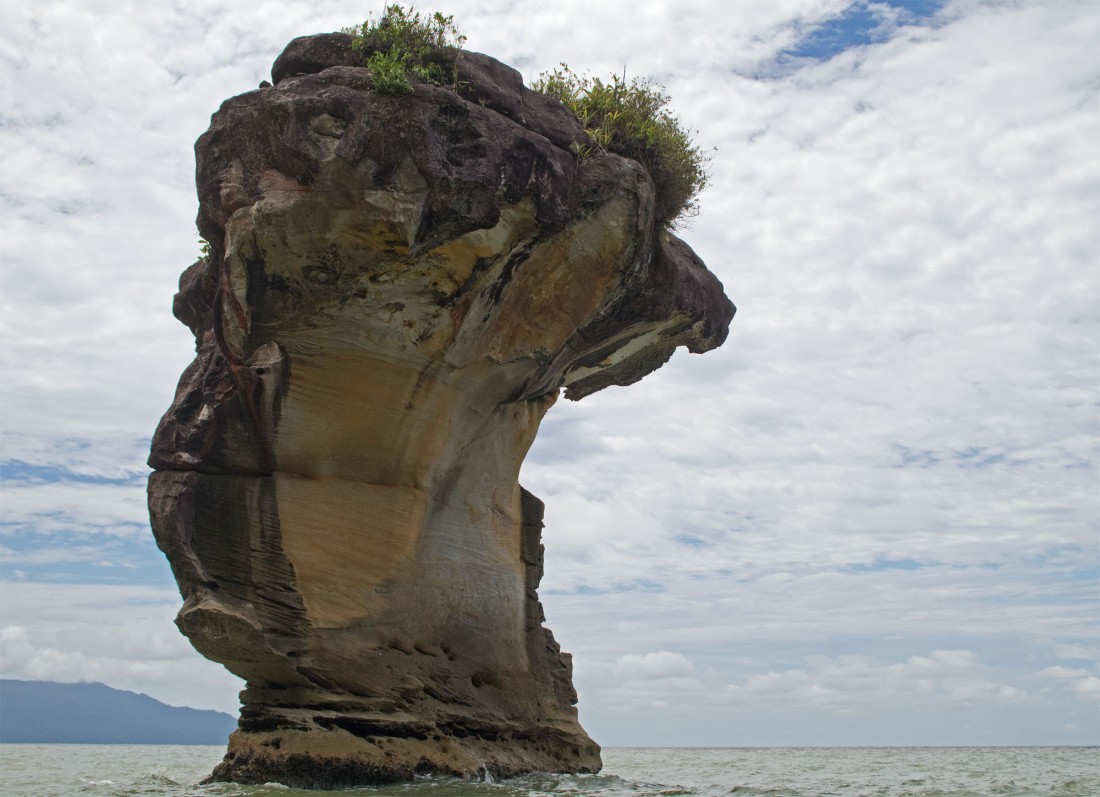 Thirty metres from the beach, the boat grinds to a halt. We wade through the warm water and tread on Bako sand. The tropical sun burns our clothes dry in minutes. 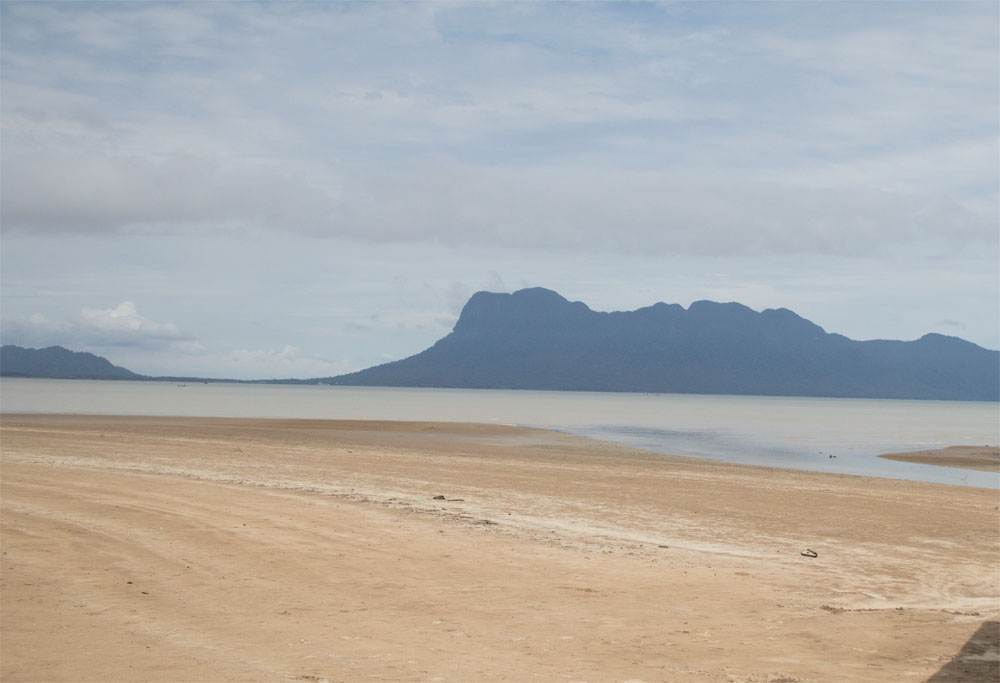 It is so hot, and bright, all wrapped up in the equatorial humidity blanket.

They are not aggressive, but encouraging wildlife to approach tourists with food seldom ends well, and it appears what happens in Yellowstone also happens in Bako – despite the best efforts of local staff.

Away from the day-trippers at the park headquarters, the forest resumes a natural air: quieter, yet more intense.

Within that forest dwell one of the world’s rarest and strangest creatures. Proboscis monkeys have a more relaxed nature than much of the primate family, which may just as well considering their hefty bulk. They are called ‘Dutch monkeys’ in Indonesia because they allegedly resembled early Dutch colonists.

They are endangered, and only found in Borneo. They thrive in Bako’s tangled forests, eating leaves and unripe fruit. They generally live in family groups although some males rove together in bands. 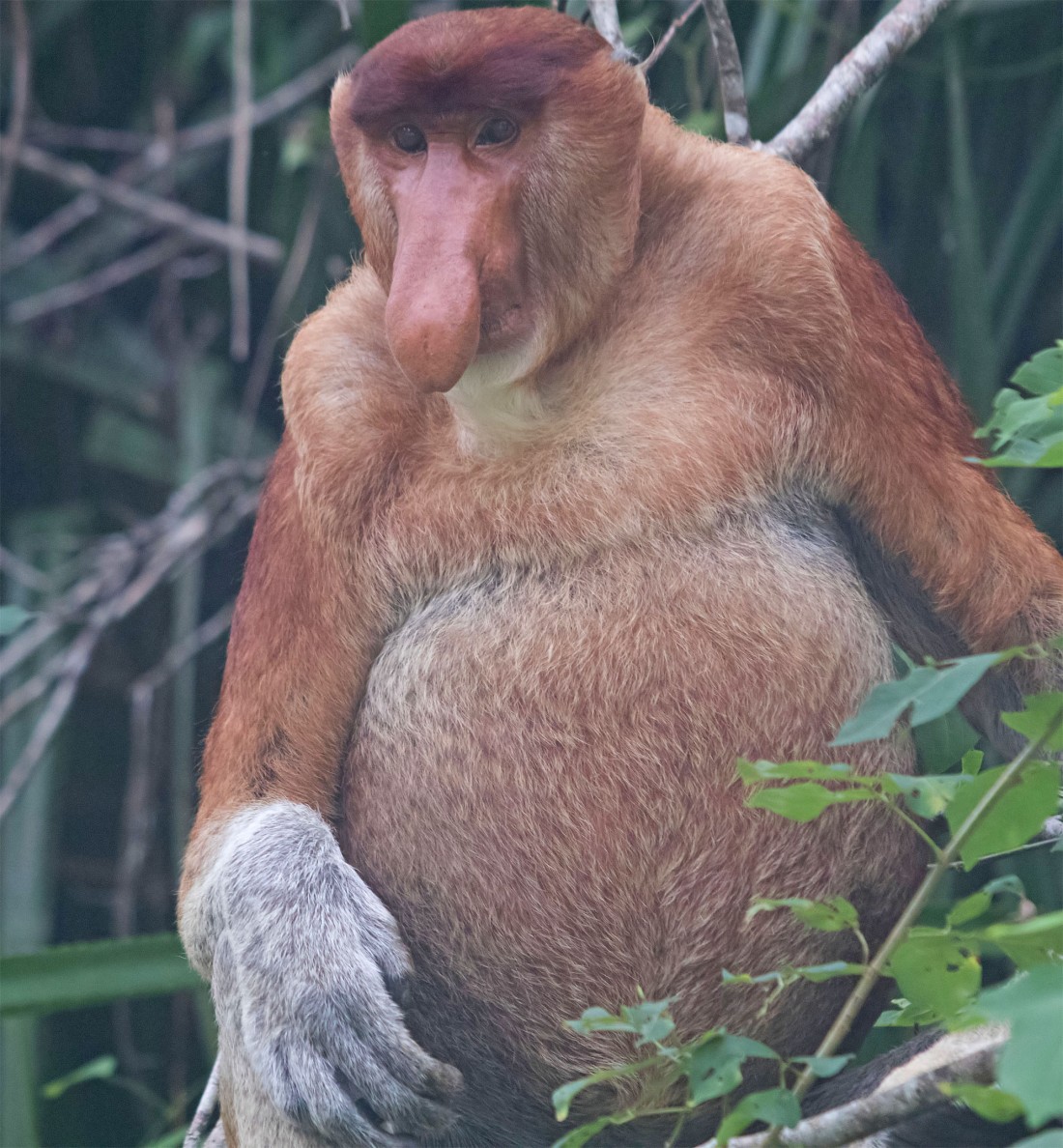 Theirs is this forest, which is best explored on foot. Park Headquarters includes a small restaurant where we restock our water supplies and park unnecessary equipment. Time to hit the trail…

7 thoughts on “Sarawak: Out of the Sea”